British politician and leader of the Brexit Party, Nigel Farage is lauding bitcoin branding it as the ultimate anti-lockdown investment. The controversial politician’s comments are drawn from one edition of his daily ‘Fortune & Freedom’ newsletter whose mission is to help “get your money and your destiny back in your hands.”

The newsletter is published by Southbank Investment Research whose mission is to “publish investment ideas that can change one’s life for the better.” Meanwhile, following the newsletter’s publication, Farage alongside Southbank’s Sam Volkering sat down for an interview. In this discussion, the politician doubles down on his newfound fondness for bitcoin.

In his remarks, Farage, a libertarian who helped spearhead the Brexit campaign, says “from the poorest to the richest in the land, one of the conversations that’s going on is about cryptocurrency.” Expanding on why cryptocurrencies have become popular, the politician says:

Its (because) governments are, through this pandemic, creating vast amounts of funny money, debasing currencies, and people are scared about what this means for their money, their investments.

According to Farage, it is this debasing of currencies by governments and the resulting inflation that prompts people to explore alternatives like bitcoin. Nevertheless, the British politician admits that he is no crypto expert, and that he’s “been a bit lazy” on learning about bitcoin and cryptocurrencies. Still, Farage says he has been educating himself after getting hold of a book written by Volkering. He then shares some of his thoughts after reading the book:

There is a lot to learn but is it important. Actually, I think it could be crucially important that you get your minds around crypto, and what it means. Already fortunes have been made and lost on this! I’m beginning to understand that in terms of our future, this stuff is really important.

While Farage does not say anything about owning bitcoins himself, there is speculation that his pivot to bitcoin is due to the crypto’s recent performances, which are down to its enduring attributes. For instance, bitcoin has a known fixed supply, unlike national fiat currencies that apparently have an infinite supply, as recently confirmed by Christine Lagarde, president of the European Central Bank. Furthermore, bitcoin has outperformed all other assets including gold. This makes it the best asset to hold for purposes of preserving value.

What do you think of Nigel Farage’s comments about bitcoin? Share your views in the comments section below. 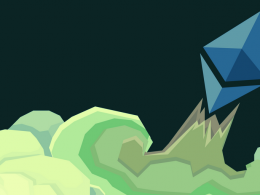 Over 50,000 ETH has found its way to Ethereum 2.0’s deposit contract within a week, data from on-chain…
przezShaurya Malwa 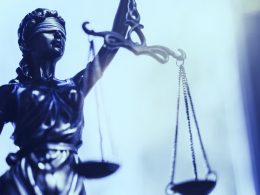