Why China’s Retail Investors Are Missing the Bitcoin Boat

It feels like a carnival on Twitter, ever since Bitcoin broke from its $12,000 ceiling and steadily marched as high as $18,000. That jolly atmosphere however is missing from the crypto circles of WeChat and Weibo, Twitter’s Chinese equivalents.

Why isn’t the Chinese crypto community joining its western comrades to celebrate the rally?

The answer could be that Chinese investors have completely missed the boat and can only watch the price going up with empty bags.

Dovey Wan, founding partner of Primitive Venture, tweeted yesterday that Chinese retail investors were “rekt in shorting BTC all the way up,” and added that  “the sentiment is overall bearish after BTC hits 12k….”

In a follow-up conversation, Wan told Decrypt that “all the groups where retailers are usually active are not pumped about the 18k at all, compared with 2017/2018. Back then the wealth creation effect was quite strong.”

Wan said she also personally knows a few Chinese whales who shorted at 12k and were “rekt hard.”

Why are Chinese crypto investors less bullish than their western counterparts?

Wan hypothesized that Chinese traders are more practical than western Bitcoin maximalists, meaning that they not only trade non-bitcoin tokens but also don’t have a strong belief that Bitcoin will hit $20,000 in such a short amount of time.

“Folks (are) in disbelief and thought it will take much longer,” Wan said.

Over the counter FUD

Another reason, pointed out by Mindao Yang, founder of dForce, could be a lingering and  devastating PDST effect of Black Thursday, when Bitcoin briefly tanked to $3000. That threw many retail and institutional investors out of the game and traumatized them until now. “This contributes to China’s decreasing influence on Bitcoin’s price,” Yang told Decrypt.

The last reason could be due to a stricter regulations against OTC trading in China. Since September, many OTC trading desks and individuals are under the government’s investigation and many have seen their accounts being blacklisted or frozen by Chinese banks. “As a result, it becomes less convenient for Chinese retailers to onramp from fiat to crypto,” said Yang.

Yang also added that the OTC trading desk blockage is not the reason why Bitcoin miners are holding their crypto, as suggested by Lasse Clausen. Instead, most miners have ways to acquire fiat to pay for electricity, without selling Bitcoin.

The real benefactor, as many (including Chinese CCTV) have pointed out, could be western institutions, including organizations such as Greyscale, which hold a large number of crypto assets, and do not show any sign of slowing down. 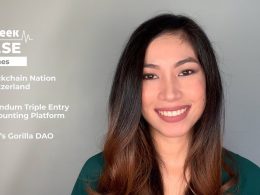 In this week’s CoinGeek Pulse episode, we heard about Blockchain Nation Switzerland and some great news on two…
przezClaire Celdran 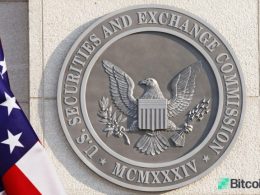 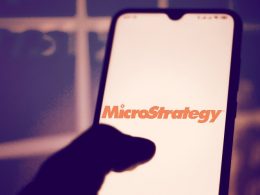 Business intelligence firm MicroStrategy has bought another 328 Bitcoin ($15 million) at an average price of $45,710, according…
przezTim Copeland