Forte’s open economic platform aims to address the growing misalignment between game developers and players that has resulted from business models, technology, and community platforms being unable to keep pace with the creative innovations and diverse application of games. It enables the creation of new gameplay and world designs that directly support the long-term health of a game through cooperative player-developer economics, or what Forte calls community economics.

The company made news last year when it partnered with Ripple to launch a $100M fund for developers to spur integration of its technology. The fund operates alongside Forte’s platform technologies and includes open-source solutions designed in collaboration with Ripple to accelerate the mainstream adoption of blockchain technology in gaming.

As announced in March 2019, Forte’s technology stack includes components designed in close collaboration with Ripple, namely leveraging the open-source Interledger Protocol with XRP serving as a base pair settlement and the container-based hosting solution Codius supporting seamless transactions across blockchains.

The new partners of Forte

“The partners we announced today are all masters of their craft,” said Josh Williams, Forte’s Cofounder and CEO. “They have created and contributed to landmark works that have helped define—and continue to shape—the industry at large. We’ll be combining our economic technology with their extraordinary creative visions to deliver the same type of industry-defining work, and kick-start a new era for games that has community at its core.”

”I’ve spent my career making games that let a player’s own creativity be a part of their experience,” said Will Wright, Cofounder, Gallium Studios. “Forte’s technology is adding to this idea by letting players create and own their own content in our games.”

“Our partnership with Forte lets the community participate in the game economy through content they create and control,” added Lauren Elliott, Cofounder, Gallium Studios. “We’re focused on crafting gameplay and economic designs that are collaborative in nature, so players can engage in original, relevant experiences, and be rewarded for their creativity.”

“Community integration in games has always been a career goal of mine,” said Jeff Tunnell, President, Monster Ideas. “Our collaboration with Forte gives us a chance to explore new economic models that align the efforts of developers and players, and can reshape the way games are funded and created.”

“Penrose’s partnership with Forte is a natural evolution of our journey,” said Eugene YK Chung, Founder and CEO of Penrose. “As we continue to craft our virtual worlds, we are pleased to leverage Forte’s strong infrastructure to build a robust economic foundation. Blockchain’s extraordinary long-term potential will ultimately enable us to offer even more collaborative and consistent human experiences in our journey to empower the pursuit of meaning.”

“We’ve been dedicated to bringing great game experiences to players without the need for new hardware, large downloads, or prohibitive pricing,” said Jia Shen, CEO and Cofounder of GC Turbo. “We’re thrilled to be partnering with Forte to create new types of player-centric business models that bring even more benefits to the community.”

Together, Forte and its portfolio of developer partners are exploring, validating, and integrating new gameplay and economic designs in both existing and future games. Some enhance popular gameplay mechanics like earning in-game cosmetics and player rewards. Others explore more radical concepts such as guild ownership and governance, in-game services offered by players to other players, and community-generated experiences.

Forte’s technology facilitates the secure and transparent distribution of economics to both players and developers in these new game designs, thereby aligning their efforts to support a game and its community.

Forte is building economic technology for games. Its platform enables the emergence of community economics, a system where the interests of game developers and players are aligned, leading to healthier, sustainable game communities. The team is composed of longtime industry members (Unity, ngmoco, Riot Games, Electronic Arts, Sony, and Rockstar Games, among others), and is currently working with over 20 acclaimed game developers from across the industry to reimagine the economics of games. www.forte.io

Monster Ideas is the new game studio from industry pioneer Jeff Tunnell. Previously, Jeff founded several landmark game companies including Dynamix, GarageGames, and Pushbutton Labs. Their work was pivotal to the formation of popular game genres and designs—including the template used by today’s most popular esports games—as well as playing a key role in the democratization of modern game development, among other achievements. His expansive portfolio includes such influential works as Project Firestart, Rise of the Dragon, The Incredible Machine, Trophy Bass, the Torque game engine, Social City, and the seminal Starsiege: Tribes.

Penrose is an award-winning multimedia and emerging technology startup with a mission to empower the pursuit of meaning. Penrose develops frontier technologies, such as our patented spatial computing development platform, Maestro, with an emphasis on natural, intuitive and human design. Through gaming, XR, blockchain, and multisensory experiences, these technologies power persistent virtual worlds, allowing consumers to explore universal themes and enabling new forms of communication and expression. Penrose is known for its unprecedented innovation in virtual and augmented reality storytelling that liberates the imagination and rekindles a sense of wonder. Penrose was founded in 2015 in San Francisco by Eugene YK Chung, previously Head of Film & Media at Oculus VR, before its $2.3 billion acquisition by Facebook. The company’s leadership and staff include pioneers and veterans from many leading technology and game companies. www.penrosestudios.com

GC Turbo is a forward-looking game company that specializes in a new generation of “instant” social game experiences. The studio works with industry leaders including Facebook, LINE, GREE, the Pokemon Company, and Disney to create streamlined games built using open web standards that can be played anywhere from a browser to a messaging app. GC Turbo was founded by Jia Shen and Tony Sun, who cofounded and served as CTO of social innovator RockYou, and helped bring hit games like Crossy Road and Rodeo Stampede to millions of players around the world, respectively. www.gcturbo.com 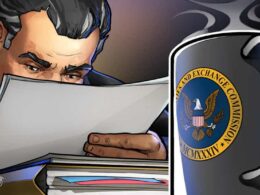 Instead of a safe harbor for crypto firms, SEC Commissioner Caroline Crenshaw called for a “bridge” in which…
przezBrian Quarmby 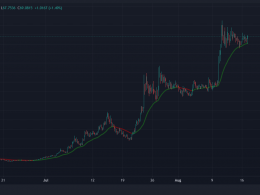 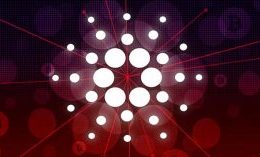 Cardano plunged from highs around $2.4 amid the broad-based cryptocurrency declines. The losses extended below $2 before the…
przezJohn Isige 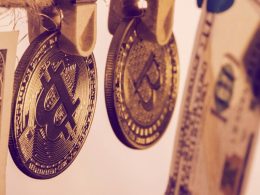 As Bitcoin and other cryptocurrencies become more popular as alternative investments, financial advisors and brokers need to understand…
przezJeff Benson