The Japanese Central Bank’s recent plans of experimenting with the issuance of digital Yen has started to take shape as more than 30 major Japanese firms have come together to test the use cases for a common, private digital currency starting next year. The 30 member group consists of Japan’s three largest banks along with brokerage firms, telecommunication firms, utilities, and retailers, reported Reuters.

Japan is considered to be a highly technologically progressive country and was among the first ones to regulate cryptocurrency trading. In fact, the island country also helped many G-20 nations in formulating their respective regulatory policies around digital assets. Despite being one of the largest crypto trading markets, Japan is still a cash-centered society and known to be “one of the world’s most cash-loving countries.”

Even today during the ongoing COVID-19 pandemic the cashless payments make up only 20% of the total settlement in Japan, while China marks the highest percentage of cashless payment at 70%.

Hiromi Yamaoka, a former BOJ executive and the chairman of the group believes creating a common private digital currency would be a daunting task given the love for cash in the country. He said,

“Japan has many digital platforms, none of which are big enough to beat cash payments. We don’t want to create another silo-type platform. What we want to do is to create a framework that can make various platforms mutually compatible,”

Private Banks to Become the Distributor of Digital Yen?

At present, private banks would be responsible for the distribution of digital yen during the testing phase, however, Yamaoka did not rule out the possibility of other business entities joining the issuance program.

After China’s rapid progress towards its national digital payment system called DCEP, most of the other nations have started work towards issuance of their own respective CBDC, especially many European countries as well as the United States. However, it is important to note that China started working towards its national digital currency almost 6 years ago and is currently running several pilot programs for the digital yuan for almost a year now and is slated for an official launch in near future.

The post More than 30 Major Japanese firms to begin experiments for Digital Yen Next Year appeared first on Coingape. 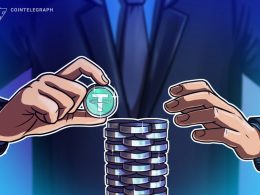 Tether’s reserves are fully backed, according to latest assurance opinion 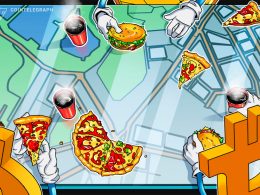 Bitcoin for pizza, not the other way around, says Papa John’s offer to UK customers 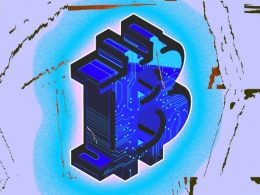 Bitcoin’s mining difficulty fell by 5.3% on Sunday night UTC on the back off a recent drop-off in…
przezWolfie Zhao