Hundreds of millionaires have revealed in a new survey that they have either already invested in bitcoin or are planning to invest in the cryptocurrency in the next couple of years.

Millionaires Don’t Want to Miss Out on Bitcoin

A new global poll by Devere Group shows that 73% of millionaires will invest in cryptocurrencies, such as bitcoin, ethereum and XRP, before the end of 2022 or are already investing in them. The findings came as the price of bitcoin rallied past $18,000.

Devere Group is a large independent financial advisory firm. The group asked more than 700 of its high net worth clients — those having more than $1 million in investable assets — who currently reside in the U.S., the U.K., Asia, Africa, the Middle East, East Asia, Australasia, and Latin America.

“The price of bitcoin is up 125% year-to-date, making it once again one of the best-performing assets of the year,” commented Devere Group founder and CEO Nigel Green, elaborating:

As the survey shows, this impressive performance is drawing the attention of wealthy investors who increasingly understand that digital currencies are the future of money and they don’t want to be left in the past.

The group conducted the same survey last year and found that 68% of millionaires were either going to invest in cryptocurrencies in the next couple of years or already invested.

Green explained that he has no doubt the high net worth clients polled “have seen that a major driver of the price surge is the growing interest being expressed by institutional investors,” including some of the largest Wall Street banks, “who are capitalizing on the high returns that the digital asset class is currently offering.” The Devere CEO further added that Paypal is now offering a cryptocurrency service, allowing customers to buy, sell, and hold bitcoin. Recently, several famed hedge fund managers, including Bill Miller, Stan Druckenmiller, and Paul Tudor Jones, said bitcoin has the potential to outperform gold.

In addition, Green emphasized that investors are attracted to bitcoin as a “legitimate hedge against longer-term inflation concerns” due to stimulus packages promised by major governments and central banks worldwide. He detailed:

These emergency measures, like the massive money-printing agenda, reduce the value of traditional currencies like the dollar.

Green continued by outlining a number of attractive characteristics of cryptocurrencies. Firstly, he said, “they’re borderless, making them perfectly suited to an ever globalized world of commerce, trade, and people.” Secondly, “they are digital, making them perfectly suited for the increasing digitalization of our world.” He additionally noted that “younger people are more likely to embrace them than older generations.” The Devere CEO concluded:

High net worth individuals are not prepared to miss out on the future of money and are rebalancing their portfolios towards these digital assets.

Do you think all millionaires will own bitcoin? Let us know in the comments section below.

The post Millionaires FOMO: 73% Will Own Bitcoin by 2022, Survey appeared first on Bitcoin News. 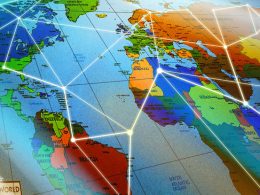 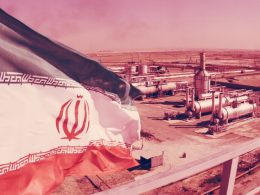 Iran accounts for 4.5% of all Bitcoin mining, according to a new study from the blockchain data firm…
przezWill Gottsegen 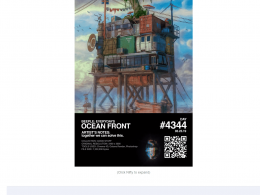 [PRESS RELEASE – Please Read Disclaimer] Destined to be one of the most impactful NFT launches of 2021,…
przezPress Release