Max Keiser: We Are Seeing The Education Of A New Bitcoiner With Ray Dalio

Ray Dalio is among the most successful hedge fund managers in US history. Having found his own fund Bridgewater Associates in 1975, he has managed billions of dollars in the following decades.

However, Dalio has never been a fan of Bitcoin. He has previously said that BTC’s volatility refrains it from acting as a medium of exchange and even asserted that the cryptocurrency “fails the purposes of money.”

Bitcoin fell in his scope recently when the asset started gaining massive chunks of value and broke above $18,000. This time, though, the prominent traditional investor seemed more open-minded, something he preached in his books.

Dalio admitted that he might be “missing something about Bitcoin.” In fact, he urged the community to make him understand as he would love to “be corrected.”

Needless to say, the vocal cryptocurrency community was quick to respond. Popular TV host Max Keiser led the charge, and he further explained to CryptoPotato that we actually see the “education of a Bitcoiner.”

Keiser said that Dalio, like many others before him, had dismissed Bitcoin initially without doing detailed research. This has become obvious by his comments that “revealed a complete ignorance about Bitcoin.”

However, the situation changed once Dalio’s peers, namely Paul Tudor Jones III and Stan Druckenmiller, started building BTC positions and “making huge returns.” At this point, Dalio was “forced to finally get off his ass and do some research.”

“As we all know, once you look closely at Bitcoin, you fall into the rabbit hole, and you start to have anxiety attacks because you never have enough BTC in a world of collapsing fiat money and boring gold that can’t keep up with Bitcoin.”

Keiser gave Dalio credit for finally “getting over his ego” and admitting that he might be wrong about BTC. However, the popular TV host believes that Dalio will have a problem because “Bitcoin has no hedge for him to play with… BTC is the hedge.”

This concept goes over the head of the world’s biggest hedge fund. It only shows that it’s still early to get into BTC, as a price tag of $100,000 will materialize “a lot sooner than anyone imagines.”

Peter Schiff Is Not That Bright: Keiser

US economist, gold-bug, and well-known Bitcoin basher Peter Schiff was among the first to offer his opinion to Dalio. Staying true to his nature, Schiff claimed that the hedge fund manager is not “missing anything except participating in a bubble. Your criticisms are spot on.”

While talking down BTC is nothing new for Schiff, Keiser actually said that he has “repeatedly” pitched Bitcoin to him when the price was $1, $100, $1,000, and $10,000. However, “Peter is not that bright and lacks the intelligence and mental agility to look at new ideas.”

Instead of getting into Bitcoin, Schiff “wasted his life away jerking around with some dodgy Puerto Rican bank that is now trashing his reputation and causing all sorts of problems.” 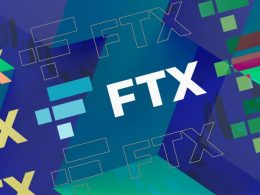 FTX set to raise up to $1 billion at $20 billion valuation: sources 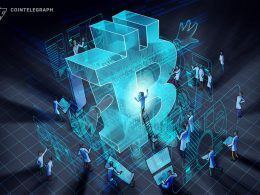 Bitcoin bulls may get some respite from a derivatives market indicator that hints at a price bottom. As…
przezYashu Gola