Is China’s pressure on miners responsible for the Bitcoin rally?

Bitcoin remains in the mid-range of $17,000, approaching one of its highest weekly closings and close to its all-time high of $20,000. Although the rally is attributed to an increase in institutional investor participation and consolidation of BTC as digital gold, another factor could be key in determining whether the trend will continue. Miners’ participation in China.

With control of about 70% of Bitcoin’s hash rate, BTC’s mining pools in the Asian country have a great impact on the performance of the network and, consequently, on the crypto market. This is due to the discounts that miners in China receive on the cost of some services, such as electricity. However, there seems to be a change in the old status quo.

As reported by CNF, Bitcoin’s mining pools in the Asian country have suffered limitations in their ability to make payments. Since mid-2020, Chinese authorities have been implementing tough measures against crypto exchange platforms in an attempt to reduce money laundering. This has resulted in the closure or suspension of accounts, credit cards, and other payment methods of mining pools and in large economic losses.

Mining pools usually exert great pressure on the price of BTC. Miners sell the cryptocurrency to keep their operations afloat. But China has closed major platforms in the country, such as OKEx, its activities have been affected by an investigation involving its top executives.

QCP Capital, based on information from Wu Blockchain, reports that 74% of the miners surveyed in the country have stopped operations for one month. As can be seen from the picture below, QCP Capital asserts that there is a direct correlation between the increase in the price of Bitcoin and the reduction in market share of the Chinese mining pools:

Mining pools were selling large chunks of BTC in early Sep through exchanges, but this was hastily halted as their last remaining fiat off-ramp avenues were impacted with the arrest of large exchange heads like Star Xu and other OTC brokers.

Due to the suspension of a large portion of the miners in China, the selling pressure of Bitcoin could remain low in the short term. In that sense, the Bitcoin rally could be prolonged. Experts seem to be leaning towards a new all-time high for Bitcoin around $25,000 before the end of 2020.

However, this scenario seems to be tied to the fate of China’s exchanges and the possible restitution of OKEx withdrawals. In a recent report, Wu Blockchain claimed that OKEx’s head, Star Xu, has gained “some freedom”. Huobi’s COO, Robin Zhu, also appears to have received a similar measure. Therefore, he is “optimistic” about the outcome of the investigation. However, Wu says:

As for the withdrawal issue that the outside world is most concerned about, there is no definite news for the time being, and we need to wait for the official announcement.

In addition to the above, QCP Capital points out that the Chinese government is not attacking the crypto industry specifically. Therefore, they expect the investigations to be clarified by the end of the year. This could increase selling pressure for BTC and have a negative impact in the short term. 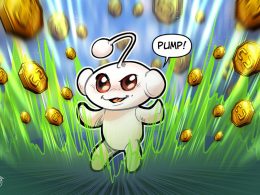 Amid the r/Wallstreetbets revolution, several altcoins are falling prey to pump-and-dump schemes. The rise of interest in cryptocurrencies…
przezAnirudh Tiwari 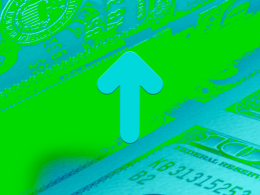 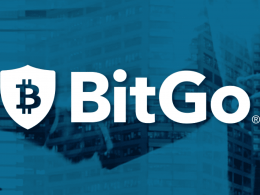 SUSHI and AAVE, the governance tokens of major DeFi protocols SushiSwap and Aave, severely pulled back after the…
przezJoseph Young