Ethereum Flowing Out of Exchanges and Into Smart Contracts

The Ethereum ecosystem in 2020 has witnessed a DeFi explosion that has helped push the price of ETH up while launching potentially profitable new tokens. But now traders have to ask: What to do with all that ETH now that its price is going up and DeFi protocols have come back to life?

According to Glassnode data, the amount of Ethereum held in exchanges has been declining since the end of July 2020. Meanwhile, the percentage of Ethereum deposited in smart contracts, where it can potentially generate interest in DeFi protocols, has been rising since June.

Until last month, that is. October showed a slight variation: While ETH continued to leave the centralized exchanges, the number of deposits to smart contracts remained relatively stable; DeFi stopped growing.

Pedro Febrero, the founder of Bityond and researcher at Quantum Economics, told Decrypt, “What I suspect is happening is the same thing that is going on with Bitcoin: essentially, we’re noticing a growing number of coins being taken out of exchanges into private wallets.”

He continued: “Most likely, these entities have no interest in selling in the short-term.”

This, of course, impacts the markets since a decrease in supply can generate an increase in prices—as there is more competition among buyers. That’s what Chainalysis reported today is happening with Bitcoin.

But it’s not quite to the same degree. That’s because, while the percentage of ETH in smart contracts has plateaued, it’s still near all-time highs. According to Chainalysis, “Ethereum…is becoming more liquid, moving into wallets that not only trade frequently, but that are also quite new.”

In the last eight months, it said, “over 8 million ETH moved into liquid wallets less than one month old at the time of acquisition.”

Of course, traders may just be letting their ETH settle into DeFi smart contract long-term. Regardless, with the price of Ether reaching levels not seen since 2018, holders are fine with taking a break as long as the price keeps rising.

Cardano, Ethereum Classic, and Crypto.com Coin were among the alts to fall down the charts on the back…
przezJibin George 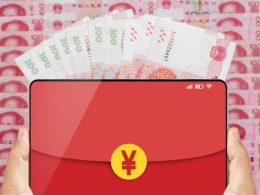 Shanghai to Hand Out $3 Million in Digital Yuan Lottery

As part of government efforts to get the digital yuan going, authorities in Shanghai will distribute $3 million…
przezLubomir Tassev 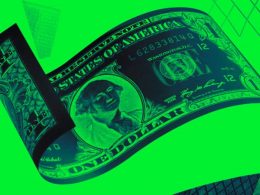 U.S. Federal Reserve plans to publish discussion paper on the potential issuance of a CBDC

The U.S. Federal Reserve plans to publish a discussion paper this summer that will have a “particular focus…
przezTim Copeland

According to data from DappRadar, and the platform itself, the total value locked for the DeFi DEX PancakeSwap…
przezMartin Young