China state TV once again shills Bitcoin to millions upon rally to $18,000

Bitcoin has been on a tear over the past month, rallying from the low-$11,000s to highs around 36 hours ago at $18,500. This move has been marked by an uptick in mentions of the cryptocurrency by media, along with prominent investors and celebrities.

Chinese media, despite the Chinese government’s aversion to cryptocurrencies (at least decentralized ones), recently made this clear when they covered the rally.

As noted by prominent Chinese crypto analyst “cnLedger,” yesterday, CCTV, the official Chinese Communist Party television channel, did a segment on Bitcoin due to the rally.

According to him, the state channel covered Bitcoin’s price being up 70 percent in fifty days, along with the strength in the fundamentals of the cryptocurrency:

This latest coverage comes after CCTV covered cryptocurrencies in September. As reported by CryptoSlate previously, the anchors then discussed Ethereum, mentioning how it is a top performer in the cryptocurrencies markets, having outpaced Bitcoin, XRP, and a number of other top altcoins.

As to why this is the case, DeFi was cited, as was the fears of inflation in fiat currencies.

It is unclear if other cryptocurrencies that Bitcoin were mentioned in this latest television segment, but many see this as a sign that retail investors will eventually enter the space, driving the market to new local and potentially all-time highs.

Bitcoin is going global once again

The Bitcoin hype is going beyond China. Lucas Huang, Head of Growth at Tokenlon told CryptoSlate:

“With the recent crackdown on over-the-counter (OTC) brokers in China, many Bitcoin miners are facing challenges cashing out their Bitcoin, which in turn contributes to the recent decrease in BTC exchange inflow. I believe there is less sell-side pressure which is pushing Bitcoin higher.”

Earlier this week, users around the world reported that the cryptocurrency was trending on Twitter where they were, with media coverage on the matter picking up dramatically in many Western countries.

In Mexico, Bitcoin just gained the support of a billionaire entrepreneur and investor.

David Puell, an on-chain analyst, noted that Mexican billionaire Ricardo Salinas Pliego recently tweeted that he put 10 percent of his liquid investment assets into Bitcoin due to his belief that the coin is a hedge against encroachment by governments:

“Mexico’s third richest man, owner of a media conglomerate, a bank, with the ear of the Mexican President, just disclosed his 10% BTC position, shilling @saifedean’s ‘The Bitcoin Standard’ in the process.”

In a response to Bitcoiners, Salinas Pliego said that the rest of his investment assets are currently in precious metal related investments, highlighting his hesitance in investing in assets that are tied to fiat currencies.

The post China state TV once again shills Bitcoin to millions upon rally to $18,000 appeared first on CryptoSlate. 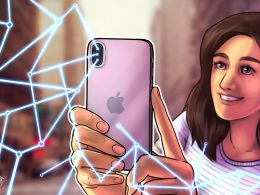 Coinbase’s head engineer is warning iOS users to update their mobile devices as soon as possible. Apple has…
przezSam Bourgi 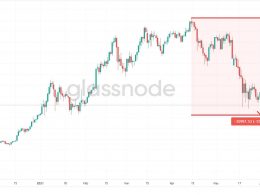 Bitcoin Facing Once Again the Most Critical Level in The Short-term: Missing Retail Power, But Strong Demand Area (Analysis)

Going through the most significant price pullback in this cycle, approximately 55% from the all-time high set in…
przezGeorge Georgiev 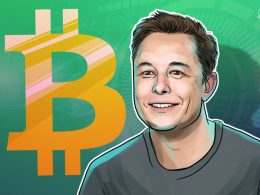 Bitcoin price slumps $2K on Musk’s ‘in the end’ tweets

The ETF will be available for trading by accredited non-U.S. investors.
przezOmkar Godbole