Data show Bitcoin whales have set large buy orders in the $17,000 to $17,200 zone in order to protect the current BTC rally.

According to analysis from Edward Morra, a popular Bitcoin trader, Coinbase and Bitfinex exchange now have major buy orders above $17,200.

The emergence of major buy walls is important because on Nov. 18, BTC flash crashed to around $17,222. This shows that whales are using large buy orders to defend the $17,200 support area with strength.

How strong is the $17K support?

Both whale clusters and exchange order books show that the $17,000 level is turning into a major support area.

Based on whale activity and exchange order books, it has become more unlikely that the price will drop below $17,200. For such a large downside movement to occur, a massive sell order would have to trigger cascading liquidations.

Prior to the intraday recovery of Bitcoin from $17,340 to $18,000, whales on Bitfinex were placing sell orders. Recently, Morra said that Bitfinex has seen more buy orders at the $17,000 support. He wrote:

“In case it dips, Coinbase put a lot of bids (buy orders) below current range. Surprisingly, Bitfinex that was mostly placing sell walls before now has a pretty fat buy wall below.”

Analysts at Whalemap track Bitcoin whale activity by identifying clusters and they said $17,783 and $17,651 have formed as clusters.

These ‘whale clusters’ emerge when large Bitcoin holders purchase BTC at a certain price point and do not move those funds elsewhere. Hence, if whale clusters form at $17,783 and $17,651, it shows that whales bought at those levels and are holding onto their investment.

Throughout November, many analysts have pointed to the high time frame charts to depict an optimistic short to medium-term outlook.

Kevin Kelly, the co-founder and head of global macro at Delphi Digital, emphasized that Bitcoin is on track to mark the first monthly candle close above $14,000. Kelly said:

“And if $BTC closes out November anywhere near current levels, it will mark a new monthly closing high, surpassing its December 2017 close just above $14,000.”

Even during the run-up towards the record high in 2017, Bitcoin struggled to maintain stable high time frame price action. Based on the trend and many other factors, Kelly noted stated Bitcoin is maturing. He noted:

“It’s important to remember the road to the top is never linear; significant drawdowns are inevitable. But make no mistake, this market is maturing. #Bitcoin is garnering attention from the world’s top investors. It’s permeating the inner circles of the world’s top thinkers.”

Across major Bitcoin (BTC) exchanges, large buy walls are starting to emerge. Considering that BTC’s price has recovered beyond $18,000, this trend is optimistic. 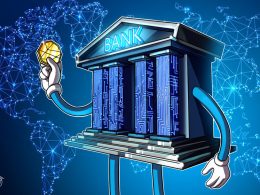 US banks to allow Bitcoin trading in 2021, says NYDIG execs

U.S. lenders are keen to get in on the crypto trading action and could soon allow customers to…
przezOsato Avan-Nomayo 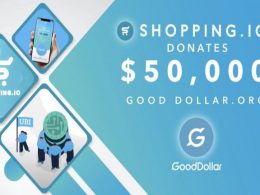 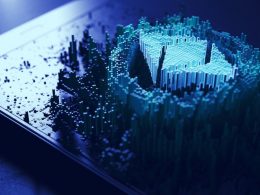 Ethereum Classic’s price surged overnight, sending the token into uncharted territory. In the last week, it has demolished…
przezJeff Benson