Bitcoin (BTC) price hits its new 2020-high as it inches closer to the $17,000 mark. At press time, Bitcoin (BTC) is trading at $16,615 with a market cap of $310 billion. Over the last month, the BTC price has appreciated over 50% as the net buyers on exchanges have overwhelmed the miner selling during this period.

Citing data from on-chain analytics firm Glassnode, crypto analyst Will Woo points out that the hourly BTC purchases on exchanges are nearly 20 times of what miners are selling. This clearly indicates that the net Bitcoin buyers have overwhelmed the miner selling which has resulted in the latest BTC price surge. Interestingly, the net buyers over the last week have jumped 50% to 328 BTC per hour.

Since #Bitcoin was at $11.4k a month ago, miners have been selling an average 11 BTC per hr at exchanges.

In comparison 214 BTC per hr has been scooped off exchanges. This is net flows of buyers over sellers.

Another Bitcoin evangelist Lark Davis also points out similar data stating: “145,000 Bitcoins has left exchanges in the last month, only 27,000 has been mined in that time…… moon soon”. The developments over the last month and rising institutional participation have fueled the Bitcoin price rally.

“This rally is clearly different in a number of ways. It is less speculative, he said, and even though recent developments have been advancing at “a snail’s movement, it’s in the right direction. Generally speaking, we’re very bullish on what’s happening.”

Digital asset manager Grayscale has attained another milestone! The Grayscale Bitcoin Trust (GBTC) has attracted massive institutional money over the last month. The total BTC holding of GBTC has crossed the half-a-million mark with net holdings at $8.3 billion. Grayscale alone holds 0.02% of the total Bitcoin supply.

After the major miner movement in October-end across China, the Bitcoin Hash Rate has started recovering as more miners get online.

Looks like we will get another Hash Ribbon Buy in November.

The #Bitcoin miner move from hydro takes 10-14 days to complete, and Hash Rates are now back at previous highs. pic.twitter.com/wvLHVT6u2c

However, China’s DCEP push with Digital Yuan can play a spoilsport going ahead. China has already started a crackdown on crypto exchanges. The latest report shows that nearly 74% of miners are facing difficulty as the crackdown is making it difficult for them to pay their electricity bills. Below is the snapshot of the latest Bitcoin stats.

Some fun #bitcoin stats for you to consume during this bullish price movement. 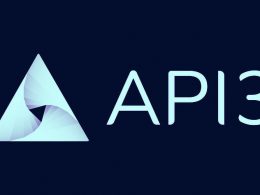 API3, an oracle provider and decentralized autonomous organization (DAO), has announced a 10-year partnership with the Open Bank…
przezAdriana Hamacher

IOTA: Coordicide still scheduled for Q4 2021, testnet will be key

IOTA Coordicide is on track, developers currently look for bugs in key components. Tentative date for Coordicide is…
przezReynaldo 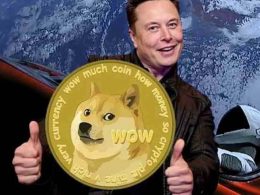 Doge coin has done the impossible this year as prices rose nearly 15,000%. Many meme fanatics anticipated the…
przezDomenic CoinGape

Shortly after getting a court authorization to obtain records of cryptocurrency exchange Circle’s customers, the US Internal Revenue…
przezLiam Frost