Craig Wright has had a motion to prevent Andreas Antonopoulos, a well known Bitcoin author, from reading out the content of 145 messages—signed by blockchain addresses—that claim Wright committed fraud.

“Craig Steven Wright is a liar and a fraud. He doesn’t have the keys used to sign this message,” they read, ending on the note, “We are all Satoshi.”

The messages in question were signed by blockchain addresses that Wright has claimed to own. This implies that Wright doesn’t hold the keys to those addresses. However, the court ruled that these specific messages are too prejudicial to be heard by the jury.

“Regarding the May 4, 2019 Bitcoin message, however, the Court agrees with the Defendant that the message itself is a backdoor attempt to attack Defendant’s character for truthfulness,” the court documents said.

The decision comes as Wright and the Kleiman family try to stop each other’s experts from speaking during trial. This is the latest stage in the billion-dollar lawsuit brought by the family of the late Dave Kleiman against Wright. The Kleiman family accused him of allegedly misappropriating billions of dollars worth of Bitcoin through a partnership with the late Dave Kleiman. Wright denies those claims.

The Kleiman family is trying to have four experts speaking for Craight Wright struck off the trial on the basis that their opinions contradict the evidence Wright himself has previously produced in this trial.

On the other hand, Wright is trying to exclude the opinions of five experts speaking on behalf of the Kleiman family, including Andreas Antonopoulos, author of popular Bitcoin book “Mastering Bitcoin.”

This is standard procedure for a trial and both camps have managed to limit in some ways what the other side’s witnesses can discuss.

“While Mr. Antonopoulos is permitted to testify about Satoshi’s public communications and the emails historically associated with Satoshi Nakamoto, an actual opinion must be connected to such testimony,” the court documents said.

However, Wright came up short with a third and final attempt to restrict the influence of Antonopoulos on the trial. The Court disagreed with Wright that Antonopoulos is unqualified to testify about Bitcoin’s price, or of Bitcoin forks. 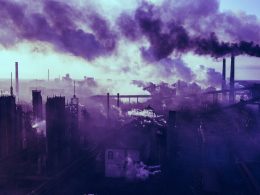 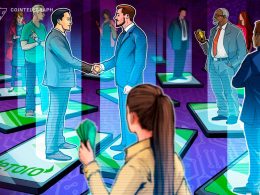 Maisie Williams, the popular English actress prominently known for her role as protagonist Arya Stark in one of…
przezPrashant k Jha