While a number of institutional players and hedge fund managers have turned up to Bitcoin (BTC), some personalities from the traditional investing space just continue with their Bitcoin bashing views. American stock trader Peter Schiff has once again refused to accept Bitcoin’s gaining dominance over his favorite yellow metal aka Gold.

Despite the strong evidence that institutional players are preferring Bitcoin over gold, Schiff just wants to look the other way round. Here’s what he recently tweeted:

The recent rise of Bitcoin relative to #gold in no way proves that #Bitcoin is a superior store of value. Exuberant investors are flocking to risk assets and shunning safe-havens world-wide. As the riskiest asset of them all, Bitcoin is being bought as part of the risk on-trade.

But Schiff doesn’t stop here. He continues with his age-old rant that “Bitcoin is a bubble” and how Gold will come to rescue the world as the bubble pop. In another tweet, Schiff wrote:

Interestingly, Peter Schiff’s son Spencer Schiff refuses to agree with his dad. The junior Schiff invested in Bitcoin during early September 2020 when BTC was trading around 10,000 levels. It looks like the 18-year old “college freshman” has outsmarted the 57-year old “experienced investors”.

But Peter Schiff is not alone, another billionaire hedge fund investor Ray Dalio recently told Yahoo Finance that he would prefer Gold over Bitcoin (BTC). Dalio stated that if Bitcoin sees “material” growth, governments will soon restrict them.

While there are still some Bitcoin critics moving around in the market, the Bitcoin bulls seem to be caring a little about it. On the other hand, the world’s largest cryptocurrency has surged swiftly and continues to receive heavy endorsements from institutional players.

Last week, veteran investor and billionaire hedge fund manager Stan Druckenmiller openly endorsed Bitcoin during a CNBC interview. Despite holding a sizeable position in Gold, Druckenmiller said: “Frankly, if the gold bet works the bitcoin bet will probably work better because it’s thinner, more illiquid and has a lot more beta to it”.

It looks like Druckenmiller and his class are ready to accept the new-age innovative investment platforms like BTC instead of being critical just for the sake of it. However, he’s not alone in pressing Bitcoin, Other big names and veteran investors like Paul Tudor Johns and Mike Novogratz has endorsed Bitcoin.

Even professional strategists of banking giants like JPMorgan and CitiBank have gone in endorsing Bitcoin. In the latest report, CitiBank managing direct Thomas Fitzpatrick makes a bullish prediction that Bitcoin will touch $318K by December 2021. 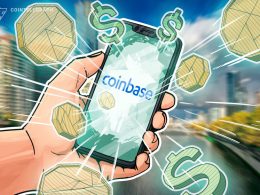 A prolific BTC scam operating in Australia has been traced to fraudsters in Russia, following an investigation by…
przezEd Drake 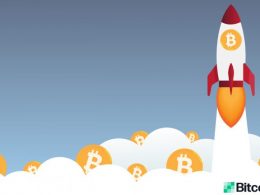 Over $6B in Bitcoin Options Set to Expire Today, April Contracts Show Bets for $80K per BTC

A number of options traders are betting that bitcoin prices will tap $80,000 by May 2021. Meanwhile, over…
przezJamie Redman