MicroStrategy, an international business intelligence firm, invested $425 million in Bitcoin between August and September of this year. Now, its Bitcoin is worth $650 million.

The total value of the firm’s Bitcoin, which was $425 million at the time the investments were made, is now up to $650 million. This also represents a net gain of about $225 million, and a 53% percentage gain on the company’s investments to date.

Last week, Decrypt reported on how MicroStrategy’s investments are one key reason why Bitcoin’s price has increased so significantly in recent months. The company CEO, Michael Saylor, has been outspoken about his support for Bitcoin in recent months, describing the cryptocurrency as “digital gold.”

Yet, MicroStrategy is not the only company that has been promoting Bitcoin, and reaping the rewards as a result. So too, is Square.

Square purchased a total of 4,709 Bitcoin on October 8, 2020. This amounted to an initial value of $50 million, or 1% of the company’s total assets. Just like MicroStrategy, Square’s Bitcoin bet has—at least for now—proven to be a wise investment.

The total value of the company’s Bitcoin is now $80 million, with a net gain of $30 million and a large percentage gain of 60%. What’s more, since Square invested, Bitcoin’s price has risen by $6,385.

Bitcoin experts like Jason Deane, a Bitcoin analyst from Quantum Economics, have previously explained Bitcoin’s positive run as a result of big institutional investments such as these by MicroStrategy and Square.

So far, the numbers back that theory up. 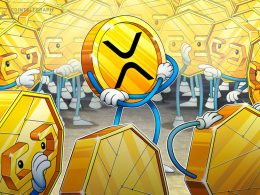 Ripple’s XRP token is in the middle of a bullish breakout, which could open the door to $1…
przezYashu Gola

After the steep correction in the past week, the cryptocurrency market has once again been showing signs of…
przezNamrata Shukla 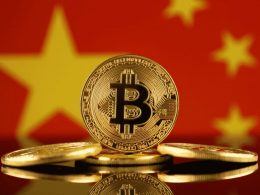 Is Bitcoin Becoming the Victim of China’s Carbon Neutrality Pledge? What’s Next