Litecoin is up 50% since the lows traded on November 7. The massive rally has followed Bitcoin’s footsteps, which achieved another new yearly high of $16,895 on Monday. The bullish momentum could also lift Litecoin to highs above $100 if higher support emerges.

Bitcoin has had a remarkable fourth quarter, but the same cannot be said regarding most of the market’s altcoins. The decentralized finance (DeFi) sector plunged by huge margins following the boom in August and September. However, recovery is gradually coming into the picture, with selected tokens such as SushiSwap, Aave and Maker posting incredible gains.

Meanwhile, Litecoin is trading at $72 following a minor retreat from the recent monthly at $77.3. The correction might hold if the Relative Strength Index (RSI) retreats further from the overbought. At the moment, the RSI has formed a bearish divergence after hitting a higher high within the overbought, followed by a lower high.

The bullish outlook will only hold if the resistance turned support between $67 and $70 remains intact. Moreover, the 50 Simple Moving Average is about to create a golden cross by stepping above the 100 SMA. Trading above the monthly would boost LTC towards the coveted $100.

IntoTheBlock’s IOMAP validates the bullish scenario by revealing reducing resistance towards $80. On the flip side, immense behind Litecoin was provided by the nearly 42,000 addresses that had previously bought about 2.6 million LTC between $68 and $70.

When it comes to cryptocurrency, everyone has a different opinion about it. While some people think cryptocurrency is…
przezAkashnath Sumukar 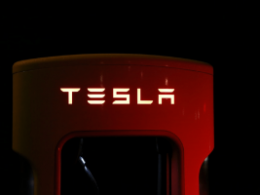 Tesla Inc, the electric car maker has become the latest institution to add Bitcoin to their portfolio as…
przezPrashant Jha

Federal authorities alleged that digital currencies were extensively used to facilitate payments between some of the entities, with…
przezSteve Kaaru 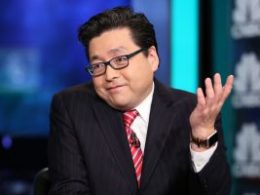 Tom Lee, Managing Partner and the Head of Research at Fundstrat Global Advisors who is an avid Bitcoin…
przezPrashant Jha