Fusang, a Malaysian digital securities exchange, has delayed the listing of what was touted as a $3 billion blockchain bond just days after the initial announcement.

Fusang said in a post on November 13 that the listing of Longbond SR Notes USD Feb 2021 will be delayed until further notice “per the request of the issuer Longbond Ltd.”

The notice came just days after Fusang’s announced on November 11 that it partnered with the Labuan branch of China Construction Bank (CCB) in Malaysia to facilitate the raise of up to $3 billion via blockchain bonds.

Longbond Ltd, a special purpose vehicle, was set up as an issuer for the bond called Longbond SR Notes USD with a maturity term in Feb 2021.

As part of the deal, the CCB unit would act as the sponsor and settlement entity for the bond. The bond would be tokenized on the Ethereum network and was initially scheduled for trading on November 13 on Fusang against both bitcoin and US dollars.

Asked what led to the abrupt delay, a representative of Fusang said the firm is not “at liberty to share any information.”

However, the delay came amid Chinese news last week where CCB, one of the big-four state-owned commercial banks in China, clarified it was not the entity that was raising the bonds.

According to China’s Securities Times, the CCB’s Labuan branch said last Friday it has no direct relationship with the issuer of the bond and is only a sponsor. The bank added that while it would be responsible for the blockchain bond’s settlement and deposits, it wouldn’t take in any bitcoin or other cryptocurrencies.

CCB’s Labuan branch has not responded to The Block’s request for comment on the reason that caused the delay. 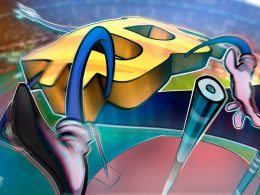 Bitcoin beats out final resistance as Ethereum returns to $2K 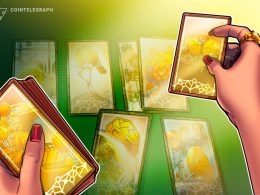 Two key Bitcoin price metrics signal that whales bought the dip to $42,000, a hint that BTC may…
przezMarcel Pechman

Bitcoin Pizza, Meet Bitcoin Tesla: Someone Bought a Model S in 2013 for 91.4 BTC

The bitcoin paid to a California car dealership in 2013 would now be worth $4.1 million.
przezWilliam Foxley

I Should Have Bought a Lot More Bitcoin: Hedge Fund Billionaire Marc Lasry