Bitcoin miners in Chian are currently struggling to carry their mining activities as the government crackdown on the exchange of crypto for national fiat CNY intensified. China is a hub for Bitcoin mining because of the cheap and clean electricity availability, however looking at the growing restraints from the government, these miners might have to move out of the country if they wish to continue bitcoin mining. As per a recent survey conducted by a local media publication WuBlockchain, 74% of the miners reported that the recent crackdowns are making it difficult for them to pay their electricity bills.

As the Chinese government is cracking down on the exchange of crypto and legal currency, Chinese miners are facing a major problem in paying electricity bills. 74% of the miners surveyed told Wu that the payment of electricity bills has been greatly affected. pic.twitter.com/Sqi8DkP5zb

The crackdown has resulted in the freezing of thousands of bank cards of those who were found exchanging cryptocurrencies for the national fiat CNY. Miners can’t risk exchanging their mining rewards for CNY as it would lead to blocking their cards, but mining being their primary profession there is no other way for them to cash out their mining rewards.

As the days for the official launch of the digital yuan nears, the government’s crackdown on crypto-related businesses in the country are only intensifying.

China currently contributes 65% of the total hash power input on the bitcoin network, but its grand plans to expand the adoption of its digital yuan might force Bitcoin miners outside the country. The migration of Bitcoin miners could also jeopardize China’s dominance in bitcoin mining which might not be a bad thing after all.

Many have been concerned over China’s Bitcoin dominance primarily because of the authoritarian government, they were worried that if the government decides to regulate mining and bring mining farms under its jurisdiction it could lead to centralization in mining power. However, this also serves as an opportunity for other countries to become the new mining hub, especially those which have cheap and clean energy resources like Kazakhstan and Iran.

According to the crypto app tracker, State of Dapps, more than 3000 decentralized apps operate on the Ethereum…
przezShubham Pandey 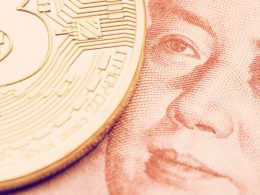 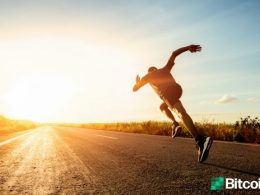 In a surge reminiscent of dogecoin’s recent rally, the value of the XRP token soared by more than…
przezTerence Zimwara