Bitcoin up 375% since Peter Schiff accidentally called the exact bottom

Schiff gave anyone reading his Twitter account in March “maximum opportunity” to profit, a popular trader says as Bitcoin tops $17,000.

The Bitcoin (BTC) price bottomed at exactly the point that gold bug Peter Schiff said that it would crash further — and proponents are reminding him of his mistake.

Retweeting a now infamous Twitter post that Schiff made in mid March, popular trader “CryptoBull” noted that he had accidentally called Bitcoin’s bottom, not top.

Schiff was complaining that he had lost access to his Bitcoin wallet, but that soon it wouldn’t matter, because BTC/USD would keep crashing.

“With Bitcoin crashing below $4,000 I don’t feel so bad about having lost all my Bitcoin,” the tweet read.

“At the rate my lost Bitcoin are losing value soon the difference between having Bitcoin and not having any Bitcoin will be too small to matter.”

“This tweet marked the exact bottom aka point of maximum opportunity,” he wrote.

Bitcoin has vastly outperformed gold over the past month, with a divergence between the two assets becoming increasingly conspicuous.

Bitcoin was up 375% from Schiff’s “top” at press time, challenging its all-time highs from 2017 amid fresh forecasts that it would continue climbing thereafter.

“Since Bitcoin was at $11.4K a month ago, miners have been selling an average 11 BTC per hour at exchanges,” statistician Willy Woo explained regarding the current market composition driving the gains.

“In comparison 214 BTC per hr has been scooped off exchanges. This is net flows of buyers over sellers. This week’s average is 328 BTC per hr.”

As Cointelegraph reported, the simple supply versus demand equation firmly favors further upside for Bitcoin, this coming thanks to corporate demand from the likes of PayPal, Square and investment giant Grayscale.

Paxful, PayPal’s payment handler for its cryptocurrency feature, saw a 500% volume increase over the past month. 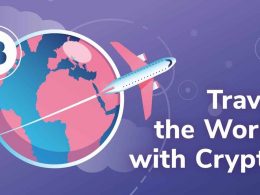 Faster and Cheaper travel bookings with XDC on XcelTrip

The onset of COVID-19 brought our lives to a sudden halt. We were forced to turn our lives…
przezAchal Arya

Ripple: Here’s how much XRP Jed McCaleb dumped over the weekend

Former Ripple CTO Jed McCaleb has moved another significant amount of XRP according to data from XRPscan. Between…
przezAlisha Roy 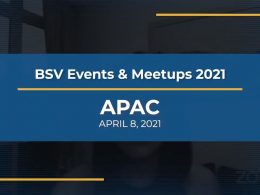 The Asia-Pacific region is home to some of the most interesting projects in Bitcoin, and the Bitcoin Association…
przezJon Southurst 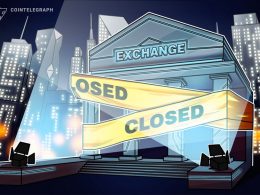 Coinbase is taking measures to ensure that no office becomes an unofficial headquarters. Nasdaq-listed cryptocurrency exchange Coinbase is…
przezHelen Partz