At a high level, the current proposal involves incentivizing 8 token pools in the first round of BNT liquidity mining including the following:

The large-cap pools will receive 100,000 – 200,000 BNT per week whereas the mid-cap pools will receive 10,000 – 20,000 BNT per week. Initial estimates provided by the Bancor team hint that yields will range between lows of 20% APY and all the way up to 3000% APY based on the amount of liquidity provided by users per pool. The proposed scheme will also allow two new token pools to be incentivized and each time a new token pool is added, it will receive BNT rewards for 12 consecutive weeks by default. These new pools must be voted in by Bancor governance and the same pool can be incentivized multiple times.

For those interested in participating in Bancor liquidity mining, it’s important to note that liquidity providers who keep their rewards staked to Bancor will receive a bonus multiplier that can increase their rewards by up to x2 per week. Alternatively, users can also choose to claim their BNT rewards and move them to their wallet, doing this would reset any multiplier on rewards that the liquidity provider had previously accrued. The same multiplier reset occurs when you withdraw your liquidity from the Bancor pools.

This proposal also includes retroactive liquidity mining rewards for any users that are providing liquidity to the previously mentioned pools starting on November 16, 2020. Keep up to date with Bancor by following them on Twitter. 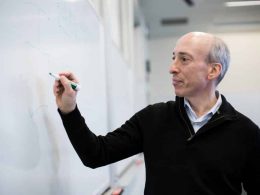 Gary Gensler, the new SEC chief in a recent interview with CNBC talked about the need of updating…
przezPrashant Jha 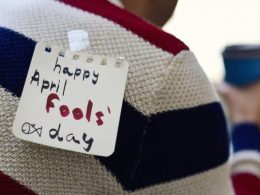 The first day of the new month began with loads of April Jokes, especially the crypto community who…
przezPrashant Jha 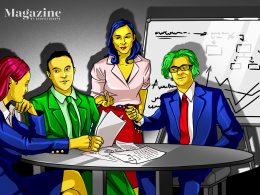 Crypto PR: The good, the bad and the shoddy

Like most crypto journalists, Will Foxley has a horror story about a bad encounter he had with a…
przezAndrew Fenton