Following a period of sideways movement under the $11,000-mark in the month of September, Bitcoin’s price has risen dramatically on the charts. In fact, while October saw the cryptocurrency surge, November has seen BTC touch levels unseen since January 2018. Bitcoin’s performance has had a ripple effect on the rest of the crypto-market, with the […] 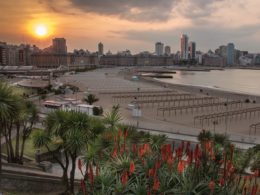 The Technological District of Mar del Plata, Argentina, will host a massive crypto mining operation backed by a…
przezFelipe Erazo

Over the weekend, Yunnan provincial authorities issued a notice ordering an investigation into the alleged illegal use of…
przezMartin Young 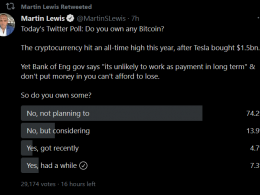 75% surveyed say “No” to Bitcoin in “Money Saving Expert” poll

Martin Lewis, the self-styled “Money Saving Expert” and champion of consumer affairs for the British public, held a…
przezSamuel Wan 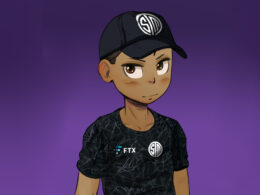