Bitcoin price is undoubtedly in a bull market, hitting $16,000 for the first time in years, but a correction may be in order as euphoria is setting in.

Bitcoin (BTC) is still showing strength with multiple attempts to break through $16,000 on Nov. 12. A new yearly high was established throughout the day, with BTC price peaking at $16,150.

This yearly high is more than 300% higher than the yearly low in March at $3,800. This is impressive momentum, particularly as the life is being drained from altcoins.

Even Stan Druckenmiller acknowledged this week that he bought Bitcoin, expecting BTC to continue to outperform gold. This is yet another big-name institutional investor jumping on the “digital gold” bandwagon.

However, is a further continuation upward warranted, considering such euphoria? The Fear & Greed Index is at record highs, making a correction almost inevitable in the short term.

Bitcoin trying for sixth green weekly candle in a row

The weekly chart for Bitcoin shows an apparent resistance zone in the $16,000 region. It’s the first time in nearly three years that this level was reached. Back then, Bitcoin’s price was rejected at around $16,000.

Furthermore, the sixth green weekly candle is currently being printed, which is certainly a bullish sign.

However, many levels beneath the current price are untested on the weekly timeframe. A healthy way to build up a new cycle is the backtesting of previous resistance levels as new areas of support.

This retest didn’t occur at the $12,000 area, for example. Hence, this is a level that traders should be watching because this may become a critical pivot area.

The daily time frame shows a potential breakout above $15,600. Such a breakout is likely going to occur with a large volume, which would indicate major strength.

The current breakout lacks volume, however, setting up a potential bearish divergence and a top construction at this level.

In that regard, if Bitcoin’s price breaks south and loses the $15,600 level, a further correction seems inevitable.

The Fear & Greed Index is still at extremely high levels, as the current level is 87 out of 100, the highest since June 2019, which marked the top of the previous bull cycle.

The Fear & Greed Index is a useful tool for gauging market sentiment.

When peak levels of 80 and over are reached, a correction becomes more likely than a further continuation upward. This euphoria is frequently short-lived, as the market often moves in the opposite direction than the majority of traders expect.

While institutions jumping into Bitcoin or big-name investors stating that they own BTC are very bullish signals for the market in general, this doesn’t mean that a correction can’t occur. In fact, such bull cycle corrections are often considered healthy for the Bitcoin market.

In the previous bull market cycle in 2017, BTC/USD saw multiple drops of 30% that resulted in retests of previous resistance levels, which then became springboards for the next leg up. 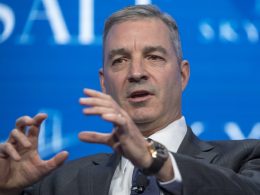 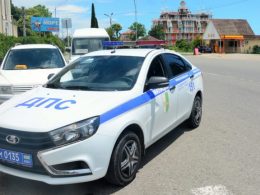 Abkhazia Shuts Down 8 Crypto Farms Amid Ongoing Crackdown on Mining

Tesla is now offering Bitcoin as a payment option to its US customers.  The Elon Musk-led company will…
przezJake Simmons 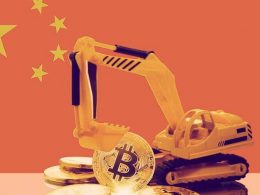