The IOTA Foundation (IF) posted a tweet last night (UTC) that may not be good news. Via Twitter, IOTA Engineering account wrote that the IOTA Foundation “is investigating a situation on the Mainnet”. See https://status.iota.org for updates.” Users can find the following information on the IOTA mainnet status website:

Milestones are not being issued by Compass on the IOTA mainnet.

The news may remind some in the crypto scene of the Trinity hack that took place in February. At that time, the coordinator responsible for confirming the milestones in IOTA mainnet stood still for several weeks after a hacker managed to exploit a weakness in the MoonPay integration of the Trinity wallet.

However, the reason for the current downtime of the coordinator for value transfers, not for data transactions, is unknown and pure speculation. The IOTA Foundation had not yet issued a statement on this at the time of writing. However, rumors suggest that a spam test by a community member who organized this and registered with the IF could be the possible cause.

IOTA Chrysalis phase 2 will be available in early 2021

While the downtime of the IOTA mainnet is bad news, there is also good news on the way to IOTA 2.0, which will do without the coordinator. Jakub Cech, technical director at IOTA Foundation, reported in the November status update on the great progress of the implementation of Chrysalis phase 2.

According to Cech, there is already a testnet with functioning Hornet and Bee nodes, with which the new node API and client libraries are tested. In the coming weeks, the IOTA Foundation also plans to test the first version of the new wallet software in the network and make the testnet public:

With that in mind, we plan on having all the important integrations finalized (or close to finalized) in December. This will allow us to kick off audits and comprehensive rounds of final testing. We expect this audit and testing phase to take several weeks, meaning the new Chrysalis mainnet will launch early in the new year.

Cech also announced the removal of the Winternitz One Time Signature (W-OTS) scheme from Chrysalis phase 2. According to the IF’s technical director, the removal will “enable a much lighter IOTA protocol, with smaller transactions, greater ease of use and faster progress in the development of new technologies”. Nevertheless, quantum resistance will remain a goal, Cech stated:

Also, yesterday, the IF announced the release of the alpha version of IOTA Identity, a framework for digital identities. It is a popular topic in the Distributed Ledger Technology (DLT) field with over 75 implementations of the DID standards set by the World Wide Web Consortium (W3C). With IOTA Identity, the IOTA Foundation wants to take “an important step towards the adoption of both IOTA and DID”.

As Jelle Millenaar discussed, the W3C proposed standards for decentralized identifiers (DID) and verifiable credentials are currently being fully implemented. The alpha version is an early version and “does not include the level of documentation, code samples and higher-level functionality” that is expected to be released in the coming weeks.

For the rest of the year the team will focus on improving the IOTA Identity Framework to prepare version 1.0.

We will implement a higher-level library that wraps most of the complicated functions into easier, but less flexible functions. […] In addition, we are working on implementing DID communications messages that allow different devices, programs, and platforms to interact in a standardized manner, allowing your custom apps to directly interface with Selv or other compatible applications. 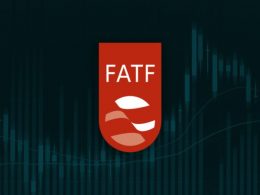 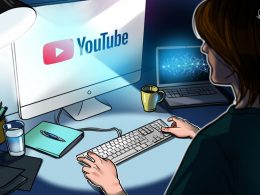 He’s committed to buying 111 Tesla Model 3s if BCH is added as a payment method. Is it…
przezJoshua Mapperson 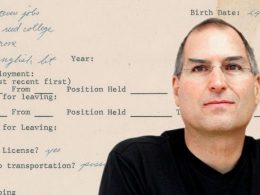 In another world-first for the non-fungible token (NFT) space, Steve Job’s handwritten job application letter in its physical…
przezReuben Jackson

Tezos, the blockchain platform of decentralized governance, will be launching a suite of lending and yield products with…
przezAndrew Throuvalas