Bitcoin marches confidently towards new yearly highs while most alternative coins have failed in pursuit. Consequently, BTC’s dominance over the market has climbed above 65%.

On a 24-hour scale, most alternative coins have either decreased in value or remained stagnant.

Ethereum initiated a leg up towards $470, but the bears didn’t allow any further increases. In fact, they drove ETH’s price south, and the second-largest cryptocurrency struggles at $460 as of writing these lines.

Litecoin is the only exception. LTC has pumped by 4.5% and hovers above $60.

As reported earlier today, Bitcoin doubled-down on its recent impressive performance. Less than a week after sufferring a severe price breakdown that took it to $14,300, BTC overcame the $16,000 obstacle.

However, that didn’t seem enough for the primary cryptocurrency. The bulls took it a step further in the following hours, and BTC touched $16,500 – the new highest price tag since January 2018.

Bitcoin’s dominance has increased as a result of the aforementioned price developments for BTC and the altcoins. The metric comparing the total market capitalization of the first-ever digital asset with all other coins now displays 65.2%. This is a 1.5% increase since November 11th, when most altcoins, especially DeFi tokens, were rallying.

Jörg Molt, a German DJ and entrepreneur who claimed to be a co-creator of Bitcoin has been arrested.…
przezJohn Kumi 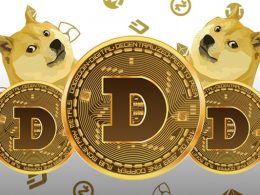 After Tesla’s moe of accepting Bitcoin (BTC) payments, Elon Musk’s space exploration SpaceX announced that it is will…
przezBhushan Akolkar