One of China’s biggest banks is selling $3 billion worth of bonds to investors. The offering allows clients to make purchases with cash and Bitcoin.

Raising $3 billion From A Bonds Sale

China Construction Bank Corp. aims to raise up to $3 billion from a planned sale of bonds.

As per a recent news report, the offering is a mutual partnership with Hong Kong-based fintech company Fusang. The project will focus on both individuals and institutions, which can trade in and out of using U.S. dollars or Bitcoin.

Headquartered in Beijing, the institution is one of the top four in the country. Now it is offering digital bonds to investors outside China, which they could buy for as little as $100. As per the publication, the security would roll over once every three months and would pay annualized interest of Libor plus 50 basis points, which would be approximately 0.75%.

The deal is being arranged by a branch of China Construction Bank, located in Labuan – a small off-shore financial center in Malaysia. The digital bond will be listed on the Fusang Exchange, which supports cryptocurrency trading as well.

According to the news report, the bond will be sold in the form of certificates of deposit issued through the Labuan branch. Trading on the bond will reportedly start this Friday.

“If this transaction is a hit with investors, Fusang hopes to work with the state-owned bank on issuance in other currencies, including yuan,” the publication quoted Henry Chong, chief executive at Fusang.

The bank’s principal officer of the Labuan branch, Felix Feng Qi, said that the recent issuance is to “narrow the divide between fintech and the wider financial markets.”

Bonds And Blockchain Going Together

The project was to enable investors to “benefit from speedy bond issuance, reducing a process that previously took 15 days to two days.” IBM Cloud’s blockchain also decreases the operational complexity and the overall cost of issuing bonds. 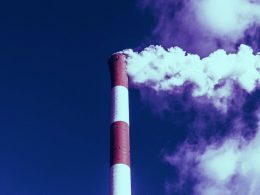 Bill Maher devoted a chunk of his chat show last night to brutally lay into crypto. On HBO’s…
przezTim Hakki

The overall cryptocurrency market has been witnessing a push and pull from its traders. In the case of…
przezNamrata Shukla

The Real World and DeFi Are About to Collide

Decentralized finance is widely billed as the future of the financial world. This is largely due to the…
przezSteven Msoh 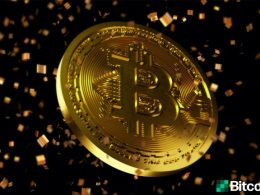