Bitcoin isn’t a good alternative asset because governments will eventually outlaw it, according to billionaire investor Ray Dalio.

The biggest cryptocurrency by market cap is also problematic because of its volatility and the inability to spend it on everyday goods, Dalio said in an interview with Yahoo Finance over the weekend.

Dalio, who runs the world’s biggest hedge fund, Bridgewater Associates, said in the interview that he instead expects the world to increasingly turn to central bank digital currencies—such as a digitalized US dollar, euro or renminbi.

“Theoretically, [Bitcoin] is good, but there are three basic things—a currency has to be an effective medium of exchange, a storehold of wealth, and the governments want to control it,” Dalio said, outlining problems with Bitcoin. “I today can’t take my bitcoin yet and buy things easily with it.”

Dalio also said Bitcoin is “so volatile,” and this prevents it being useful as a storehold of wealth. He then added that governments will eventually “outlaw” Bitcoin.

“And they’ll [governments] use whatever teeth they have to enforce that, they’ll say you can’t transact a Bitcoin, you can’t have it,” he said. “Then you’d have to be like, is it a felony, am I gonna be a felon? They outlawed gold.”

“I wouldn’t prefer Bitcoin to gold.”

This isn’t the first time Dalio has criticized Bitcoin and praised gold. In January, the investor said that the cryptocurrency was too volatile—but said everyone should have some gold in their portfolio. He also showed interest in Facebook’s Libra.

His comments come at a time when institutional investors are showing more interest in the cryptocurrency—which is partly responsible for the explosion in Bitcoin’s price, according to market analysts. 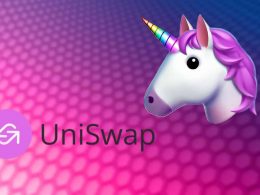 The crypto DeFi market is booming with the third-largest DeFi token UniSwap (UNI) making a strong surge. A…
przezBhushan Akolkar 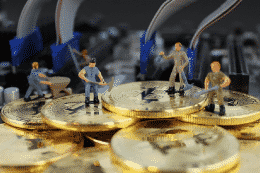 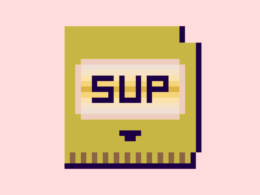 We’ve seen interactive in-game items sold as NFTs, such as the cartoonish monsters from the surging Axie Infinity…
przezAndrew Hayward 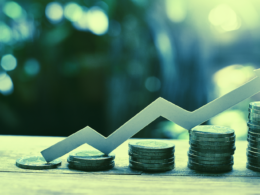 Venture funding for blockchain companies between July and September 2021 hit an all-time high of $6.5 billion in…
przezAndrew Asmakov