Crypto Capital owner’s attorneys no longer want to represent him

The attorneys representing the accused principal of shadow-bank Crypto Capital, Reggie Fowler, have filed motions to withdraw as his counsel.

The attorneys representing Reggie Fowler — the accused operator of the notorious shadow-bank to the crypto sector, Crypto Capital — have filed a motion to withdraw as Fowler’s counsel.

According to the motion, law firm Hogan Lovells’ James McGovern and Michael Hefter have discussed withdrawing from the ongoing case between the businessman and the United States government since Feb. 26, after Fowler rejected a nine-figure plea deal the prior month.

Crypto exchange Bitfinex and sister company Tether further claim the Panamanian shadow-bank lost more than $800 million in funds they entrusted to the firm in a series of enforcement actions targeting banks used by Crypto Capital worldwide.

The motion from Fowler’s attorneys does not give the specific reasons as to why they wish to withdraw, although it does state, “Professional considerations require termination of the representation,” as well as:

“The issue of Counsel’s withdrawal has been the subject of discussion with Mr. Fowler since February 26, 2020, and Counsel has informed Mr. Fowler orally and in writing on multiple occasions since then that there were grounds for Counsel to seek to withdraw.“

New York regulations mandate that the attorneys can only withdraw through an order of the court, provided the “withdrawal can be accomplished without material adverse effect on the interests of the client.”

The attorneys claim they can withdraw without compromising Fowler’s interests, noting that the case has only seen “limited pertinent discovery,” and the anticipated trial is still more than five months away — allowing ample time for new counsel to prepare their defense.

Fowler was indicted on charges of bank fraud and operating an unlicensed money transmitting business on April 30, 2019, with the United States Attorney’s Office alleging that “hundreds of millions of dollars flowed through” the accounts of Fowler and his associates under fraudulent pretenses.

It is no longer news that South Korea is looking to start taxing crypto gains from 2022, however,…
przezOluwapelumi Adejumo

Occam Finance is building a “liquidity bridge” between Ethereum and Cardano

Occam Finance partners with exchanges to build a “liquidity bridge” between Ethereum and Cardano. There’s a high probability…
przezReynaldo 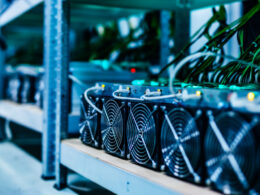 Bitmain Will Not Ship Crypto Mining Equipment to China

Mining hardware manufacturer Bitmain will no longer ship its products to mainland China. The move is in response…
przezLubomir Tassev 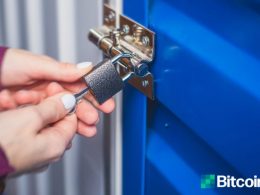 Study: 60% of Digital Asset Holders Store Funds on Exchanges While Half Derive an Income From Crypto

Despite the risks that come with storing crypto assets with third parties, the findings of a new study…
przezTerence Zimwara