A listing on Coinbase has revived an altcoin’s price from its slumber. The major US exchange listed governance token district0x (DNT) in a surprise announcement on November 6, pushing its price skyward within hours at the time, by 797% on Tuesday.

The altcoin was one of the most-hyped cryptocurrencies back in 2017, with its ability to allow users to create decentralized marketplaces (or districts). This caused its prices to surge to an all-time high of $0.50 in January 2018. A fantasy environment was a big part of the district0x premise—its token was required for application to the “District Registry” and used to signal support or disapproval for proposals made by other network participants.

But the multiyear bear market flushed such stories out. The DNT token went on to nosedive with few platform users and no use for its tokens. The price fell to just $0.002 in May this year, before seeing a brief comeback as the decentralized finance (DeFi) sector started to become a leading narrative in crypto.

Why the ‘Coinbase effect’ on crypto is a temporary high

Last week’s Coinbase listing truly revived its price. The phenomenon, colloquially known in crypto circles as the “Coinbase effect,” sees altcoins often experience an immediate pump in value whenever news of their listing on the San Francisco exchange is released. This is partly due to the bourse’s strict regulatory and compliance policies as put by the US government, with a listing signaling a stamp of approval (at least on paper).

District0x was joined by Civic (CVC) and Decentraland (MANA)—also two fallen altcoins from the 2017 hype with the former’s token used to power digital identity and the latter used to power a so-called “virtual reality platform” marketplace—in Coinbase’s listing last week. They got the Coinbase treatment similarly.

Decentraland, Dragon City and the rise of NFTs in China

The pump’s not likely to last either. Research by on-chain metrics firm Coin Metrics from earlier this year suggested the Coinbase effect dies out over a 100-day period, with most gains coming in the first ten days and then leveling out to reflect a “trend in the broader” crypto market.

Expect crypto traders to be chasing the next Coinbase pump by then. 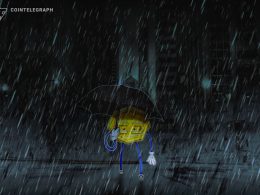 Bitcoin: How have the coin’s Hodling patterns changed

Bitcoin’s amount of supply last active in the past 10 years just hit an ATH of 1.9 Million.…
przezEkta Mourya