Bitcoin Moves Like Clockwork After The Halving, Says Stock-To-Flow Creator

Bitcoin is following the plan like “clockwork” after the third halving, said the creator of the popular stock-to-flow model.

The stock-to-flow model and its variations are among the most popular BTC price prediction tools within the cryptocurrency community. It was created by an analyst going by the Twitter handle PlanB.

The first version, namely the original stock-to-flow ratio, described the stock as the size of existing reserves (or stockpiles) and the flow – the annual supply of bitcoins on the market.

The upgrade that followed was more complex and comprehensive. Apart from including the “stock” and “flow,” it also considered the different phases that BTC has gone through since its inception in 2019. Those include the initial “proof-of-concept,” the “payment” phase, “e-gold,” the latest one – “financial asset.”

The Bitcoin halving is arguably the most vital part of the models because it cuts in half the creation of new coins; hence, it decreases the “flow.” As such, PlanB and the S2F’s supporters follow BTC’s price performance after each halving.

In a recent tweet, the analyst asserted that Bitcoin moves like “clockwork” after the third halving in May. Although the 2012 price developments were significantly more volatile, the graph below demonstrates that BTC’s 2020 movements have resembled those from four years ago.

PlanB: I Have No Doubt In The S2FX Model

Apart from the many believers of the model, quite a few community members doubt that Bitcoin can indeed skyrocket to a six-digit price territory in the next year. A recent study exemplified that as almost 35% voted that BTC would stay below $55,000 by December 2021.

However, the model’s creator continues to be a firm believer. He recently reaffirmed his stance, saying that “I have no doubt whatsoever that Bitcoin S2FX is correct and Bitcoin will tap $100,000 – $288,000 before December 2021.”

PlanB also added that he had “new data that confirms the supply shortage is real.” It’s worth noting that if BTC is indeed to reach $100,000 in a little over a year, its market capitalization will increase to about $2 trillion. This would equal the most valuable company’s market cap – Apple. 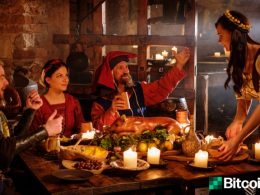 Last Sunday, the price of bitcoin touched an all-time price high at $58,354 per unit and surpassed a…
przezJamie Redman 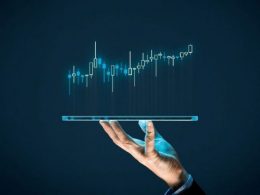 BarterTrade, is a cryptocurrency trading ecosystem that upgraded to more advanced V2 on 6th May, 2021, implementing significant…
przezBitcoin.com PR 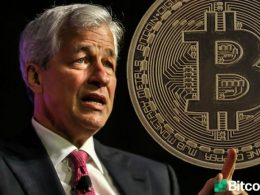 JPMorgan’s boss Jamie Dimon has a bone to pick with cryptocurrencies, shadow banking, and the financial technology (fintech)…
przezJamie Redman 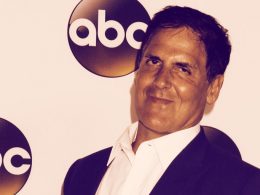 Once known in the crypto world as a Bitcoin naysayer, billionaire investor and Dallas Mavericks NBA team owner…
przezAndrew Hayward