Bitcoin Hash Rate Recovers as Another Buy Signal is Expected

On-chain metrics for Bitcoin are improving as prices begin to consolidate; this could lead to further buy signals as observed by industry analysts.

The decline in Bitcoin’s hash rate over the past few weeks has been seasonal, coinciding with the end of the rainy season in China where most of the mining occurs.  As reported by CoinGape, Chinese miners powered down their rigs to relocate in order to source cheaper energy once the abundance of hydroelectric power dried up.

This caused a 38% decline in hash rates as there were fewer computers competing for the next block. Now that the relocation appears to have occurred, mining hardware is powering up again and hash rates are returning to their previous highs.

According to bitinfocharts.com, the hash rate has just hit 138 EH/s which is an increase of 40% from the low it hit late last month.

Looks like we will get another Hash Ribbon Buy in November.

The #Bitcoin miner move from hydro takes 10-14 days to complete, and Hash Rates are now back at previous highs. pic.twitter.com/wvLHVT6u2c

Hash rate provide a leading indicator over difficulty which can be used to identifying capitulation periods. However, simple moving averages of Bitcoin’s hash rate can be combined to identify market bottoms, miner capitulation, and good times to buy BTC.

When the one month SMA of hash rate crosses over the two month SMA, the worst of the miner capitulation is typically over, and the recovery has begun leading to good buying zones. Historically, buying at these signals has led to very good returns for Bitcoin.

Additionally, Bitcoin’s mempool shrank to its smallest size since mid-October this week after the hash power recovered. The mempool could be viewed as a type of ‘waiting room’ for transactions so the decrease in size leads to a reduction in competition among fresh transactions and lower transaction fees.

Transaction fees peaked at over $13 at the end of October when more than 140,000 transactions were pending in the mempool. That has all now been cleared according to mempool.observer.

Following the massive 16% difficulty adjustment on November 3, it is expected to increase when the network automatically makes the next correction.

On the short term time frame, Bitcoin appears to be consolidating around the mid-$15k price level. This could lead to another leg up if the monthly close for November could close above its previous high, as noted by trader and analyst Josh Rager.

November could be the first monthly close that we see breaking the previous high and historically that’s been a very bullish sign for the crypto market pic.twitter.com/5SBTtE600U

The post Bitcoin Hash Rate Recovers as Another Buy Signal is Expected appeared first on Coingape. 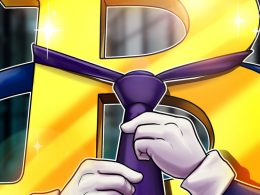 Demand for Bitcoin remains solid and is fuelling a “supply shock” that shows no sign of abating, even…
przezWilliam Suberg 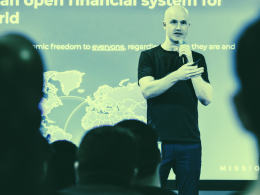 ‘Bad Idea’: The Response Brian Armstrong Got When He First Pitched Coinbase

Yesterday, cryptocurrency exchange Coinbase went public, ending the day with an $87 billion valuation—higher than that of any…
przezTim Copeland

After several institutions gave Bitcoin the mainstream nod, the price of the asset rallied to new highs over…
przezAlisha Roy