Reduced mempool activity not only results in reduced fees but gives users a chance to perform transactions that may not otherwise be practical.

The Bitcoin network mempool shrank to its smallest size since mid-October this week after the network’s hash power soared.

The spike in hash power has been attributed to the re-activation of China-based miners who migrated from Sichuan after the end of the province’s rainy season. Bitcoin’s hash rate increased by 42% over a two day period, Nov. 9 and 10.

Mempool cleared for the first time since October 20th in the weee morning hours. pic.twitter.com/JWMs3NsK7v

Average Bitcoin transaction fees reached a peak of $13.16 per transaction on Oct. 30, when more than 140,000 transactions were pending in the mempool. The influx of new hash power over the weekend allowed Bitcoin blocks to be found faster than the benchmark speed of 10 minutes per block due to the network’s relatively low mining difficulty. This allowed miners to reduce the number of unconfirmed transactions to zero on Nov. 9.

As of this writing, there were approximately 6,000 transactions in the mempool with a median fee of 3 satoshis per byte or roughly $0.11. Some users have reported fees as low as 1 sat/byte for transactions that have confirmed within a few hours.

Mining difficulty was expected to increase upon the next adjustment to account for the network’s increased hash power, which would mean the current respite from high fees may be short lived. However the hash rate is currently volatile and has dropped 37 exahashes per second in the past day.

The mempool has cleared. Send ’em if you got ’em.#Bitcoin pic.twitter.com/XDmDquaUzS

Bitcoin transaction fees had been comparatively low through the second half of 2020. During the last week of October, the price of BTC consolidated above the $13,000 mark for the first time since December 2017 — coinciding with a massive increase in transactions being sent to the mempool and resulting in a backlog of unconfirmed transactions.

With network activity subsiding over the course of a bullish week, Bitcoin users are being encouraged to take advantage of current conditions by performing transactions that may be too expensive to perform with higher fees, such as opening Lightning Network channels and consolidating inputs.

After a collective collapse a week ago, the digital asset industry recovered somewhat, before falling once again. However,…
przezBiraajmaan Tamuly 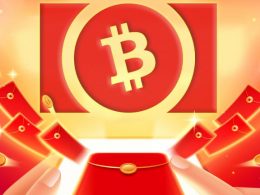 In recent days, bitcoin cash has seen significant gains, and supporters of the digital currency have been positive…
przezJamie Redman 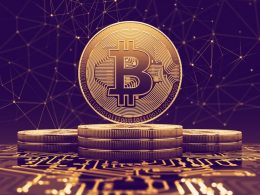 Last week, a crash sank the price of Bitcoin by 10% in one day. Doom and gloom. This…
przezTim Hakki 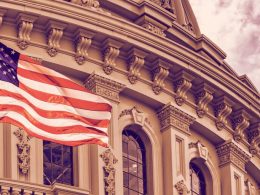 The CEOs of Robinhood, Citadel, and Reddit testified before congress today as part of a review of last…
przezWill Gottsegen