Billionaire investor Stanley Druckenmiller has revealed that he owns bitcoin, calling it an asset class that has a lot of attraction as a store of value and could be better than gold.

Stanley Druckenmiller revealed on Monday that he owns bitcoin and explained why it could be a better investment than gold.

The famed investor founded Duquesne Capital in 1981 and closed the fund in August 2010. He managed money for George Soros as the lead portfolio manager for the Quantum Fund until 2000. He and Soros made massive profits betting against the British pound in 1992. According to Forbes, Druckenmiller’s current net worth is $4.4 billion.

In an interview with CNBC on Monday, Druckenmiller said:

I’m a bit of a dinosaur, but I have warmed up to the fact that bitcoin could be an asset class that has a lot of attraction as a store of value.

He elaborated that Bitcoin has “been around for 13 years and with each passing day it picks up more of its stabilization.” Bitcoin’s creator, the pseudonymous Satoshi Nakamoto published the Bitcoin whitepaper on Halloween 2008.

Besides bitcoin, Druckenmiller’s portfolio features a lot of gold. “I own many, many more times gold than I do bitcoin,” the billionaire investor said, emphasizing:

Frankly, if the gold bet works, the bitcoin bet will probably work better because it’s thinner, more illiquid and has a lot more beta to it.

Druckenmiller’s bitcoin reveal has attracted much attention in the crypto space. “Is this not the greatest bitcoin endorsement of all time considering the calibre of Stan Druckenmiller?” Nugget’s News CEO Alex Saunders tweeted.

The significance of the world’s greatest and most respected money manager – Stan Druckenmiller saying just now that he is long bitcoin can not be overstated. That has removed every obstacle for any hedge fund or endowment to invest.

Pal himself has more than 50% of his assets in BTC and has predicted that the price of bitcoin will reach $1 million within five years.

Besides Druckenmiller, other famed hedge fund managers who have invested in bitcoin include Paul Tudor Jones, who put about 2% of his assets in BTC, and Bill Miller, who recently said that all major banks will eventually have exposure to bitcoin.

What do you think about Stan Druckenmiller’s bitcoin view? Let us know in the comments section below. 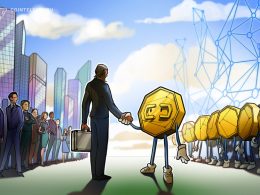 At press time, Bitcoin and Ethereum had started to reverse some of their recent losses. While BTC was…
przezAnushmita Samal 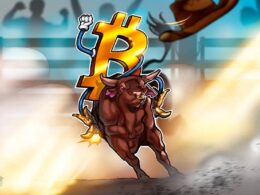 $810 million in BTC options expire this Friday, and derivatives data suggests bulls are keen to push the…
przezMarcel Pechman 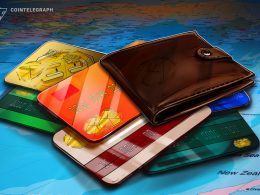 Got crypto? Here are 3 debit cards that let you spend your stack

Crypto debit cards are growing in popularity as holders look for effortless ways to spend their assets. As…
przezJordan Finneseth