‘Aussie Trump’ invests in Bitcoin, as it’s the ‘millennial version of gold’

Cory Bernardi — a controversial figure the Sydney Morning Herald has referred to as “Australia’s Donald Trump” — has talked up Bitcoin (BTC) in between Tweets challenging the results of the United States presidential election.

In a Nov. 11 Tweet, Bernardi stated he had become a Bitcoin convert “in the last couple of years” and saw the demand for the cryptocurrency “getting stronger.” He cited Bitcoin bull Anthony Pompliano’s views as being “on the ball” regarding Bitcoin.

“My conclusion is it is the millennial’s version of gold,” stated Bernardi. “Still see risks attached but are basically the same as other asset classes — leg, confidence and demand.”

Become convert to Bitcoin in last couple of years. My conclusion is it Is the millennial’s version fo gold. Still see risks attached but are basically the same as other asset classes – leg, confidence and demand. See demand getting stronger. @APompliano is on the ball re BTC.

Bernardi served as a senator for South Australia from 2006 to 2020, and is known for his highly conservative and reactionary views. He has spoken out against women serving in the military and has campaigned on hot-button political issues around Islam, the burqa and terrorism. Following Bernardi’s departure from the government, he set up a website which includes financial advice.

Despite Bernardi’s controversial views, founder of the Nuggets News crypto education site Alex Saunders said the comments were the continuation of a shift when it came to high-profile figures talking about crypto.

“A couple of years ago [talking positively about Bitcoin and crypto] was taboo,” Saunders told Cointelegraph. “You had career risk, people were worried about the volatility. They thought it was only used for nefarious purposes.”

“I think we’ve passed that point now. The genie’s out of the bottle. People understand it — whether it’s Paul Tudor Jones, Stan Druckenmiller, even Warren Buffett talking about gold. The times are changing. […] The way we think about money and the way people save money is being challenged.”

Saunders said the Reserve Bank of Australia’s recent announcement of a $100 billion quantitative easing program (i.e., money printing) was a potential reason that investors from more traditional finance backgrounds might be turning to cryptocurrency.

Ripple Labs, the issuer of the payments token, faces scrutiny in US courts for its alleged role in…
przezShaurya Malwa 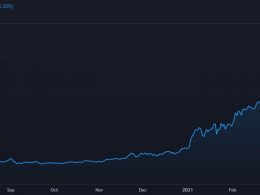 Ethereum (ETH) Skyrockets Above $4000 Just One Week After Breaking $3K

Less than seven days after exploding above $3,000, the second-largest cryptocurrency has skyrocketed to $4,000. Thus, ETH is…
przezJordan Lyanchev 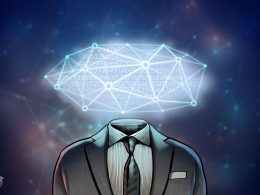 From cypherpunk to state contracts: the changing face of blockchain

Three blockchain executives discuss their work with governments in fraught political contexts, and the questions it raises about…
przezMarie Huillet

India to take a “calibrated” approach regarding crypto acc. to FM