If you’ve been following Ethereum Twitter over the past few days, you’ve likely seen the term “blue chip” mentioned time and time again in reference to certain DeFi projects.

In traditional finance, a blue-chip company is one that is seen as reputable and steady, with the ability to perform well in any market conditions. The same goes for crypto.

The reason why so much emphasis has been placed on blue-chip DeFi projects over recent days is that they were expected to be the first to bounce in a DeFi recovery. And thus far, they have.

Prior to the past four days, DeFi coins were in freefall. The average DeFi coin, even reputable names like AAVE or Yearn.finance’s YFI, had dropped around 70-75 percent from their summer highs. Some coins were even worse off, failing to catch a bid as all capital was focused on Bitcoin.

This has changed dramatically over the past few days, though.

It began with YFI, which bounced swiftly from multi-month lows of $7,500 to $10,000, then $12,000, and to $18,000. The strong rally in this coin was seemingly a byproduct of a short squeeze, where those that are betting on an asset to go down are forced out of their positions violently due to buying activity. In total, YFI — one of the largest cryptocurrencies in existence — had gained 140 percent in the span of one and a half days.

This rally was followed by similar rallies in the prices of reputable DeFi coins like Uniswap’s UNI, AAVE, Thorchain’s RUNE, and Synthetix’s SNX.

The four coins, save for UNI, are up by almost exactly 100 percent since their local lows.

Analysts attribute the strong rallies in these DeFi “blue chips” to a large amount of capital on the sidelines being loaded back into the DeFi market as expectations of a bull market have returned.

This buying volume has resulted in short squeezes across the market.

The market seems to be running with the concept of blue chips.

CMS Holdings, a crypto-asset investment fund, changed its logo, at least on Twitter, from red to blue. The operator of that CMS’ Twitter account, whomever it is, is known for regularly making jokes. This was one of those jokes.

Others followed suit, with prominent investors and traders within the DeFi space “bluifying” their profiles to express their support for the DeFi blue chips that were rallying so hard.

It’s one of DeFi’s latest inside jokes. Whether or not it affects the market, though, remains to be seen. 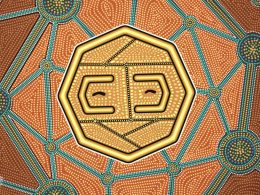 Strong bullish currents have been the norm across the crypto-market lately, with Bitcoin not being the only crypto-asset…
przezAlisha Roy 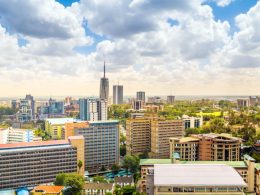 The global charity organization, CARE, has created crypto-based vouchers that will be distributed to women and select groups…
przezTerence Zimwara