The United Kingdom has announced forthcoming regulatory proposals for stablecoins and ongoing research into CBDC.

The Treasury Department of the United Kingdom has revealed it is drafting proposals to regulate private stablecoins while also researching central bank digital currencies, or CBDCs, as an alternative to cash.

In an announcement published on Nov. 9, U.K. Treasury Chancellor Rishi Sunak noted the forthcoming regulatory proposals alongside other goals for the country’s financial services industry — including a review of the U.K.’s listings regime and support for green finance.

“New technologies such as stablecoins — privately-issued digital currencies — could transform the way people store and exchange their money, making payments cheaper and faster.”

The news comes amid a week of decisive negotiations between the U.K. and the European Union over a post-Brexit trade deal. Chancellor Sunak said he hopes the U.K.’s financial services sector will lead “the global conversation on new technologies like stablecoins and central bank digital currencies” moving forward:

“We are starting a new chapter in the history of financial services and renewing the UK’s position as the world’s pre-eminent financial center. […] Our plans will ensure the UK moves forward as an open, attractive and well-regulated market.”

While details are scant, the announcement asserts that the draft guidelines will require stablecoin initiatives to abide by the same minimum standards as entities operating with other methods of payment.

The document also reveals that both England’s central bank and treasury are currently researching a CBDC, with the chancellor welcoming work from the two departments into “whether and how central banks can issue their own digital currencies as a complement to cash.”

The regulatory implications of stable tokens became a major topic of concern following Facebook’s announcement of its plan to launch digital currency Libra in June 2019.

Since then, European lawmakers have consistently called for the development of strict and clear regulatory guidelines before allowing private stablecoins to take root within their jurisdictions, emphasizing concerns surrounding monetary sovereignty and consumer protections.

By contrast, the U.K. Treasury’s Chancellor appears to have made a much more level-headed assessment of the burgeoning stablecoin sector, noting that stable token initiatives will face the same oversight as existing payments firms.

We’ll publish a consultation to ensure new privately-issued currencies, stablecoins, meet the high standards we expect of other payment methods.

And the @bankofengland & Treasury are considering if central banks can issue their own digital currencies, as a complement to cash. pic.twitter.com/k5hbVT8R5X 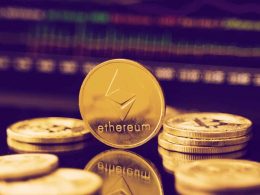 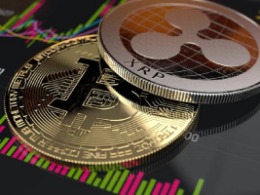 XRP Price Analysis: Ripple Rejection From $1.2 Closes In On $1 As More Declines Beckon

XRP price forced below $1.1 and the 100 SMA following overhead pressure at $1.2. The MACD and the…
przezJohn Isige

How Bitcoin miners can help its price movement right now

Following the massive drop in price over the past week, the Bitcoin market did hold on to the…
przezNamrata Shukla 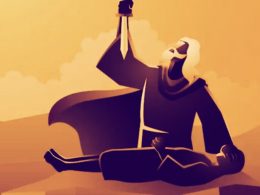 Two Rabbis Are NFT’ing the Torah, the ‘Original Blockchain’

Perhaps it was inevitable. NFTs or non-fungible tokens, the blockchain-based certificates tied to digital or physical collectibles, have…
przezDaniel Roberts