This Year’s Champions League Winners Are Now Tokens on Ethereum

Starting today, Sorare players can buy and sell digital cards based on top FC Bayern Munich players like Manuel Neuer and Thomas Müller as well as use them in their in-game lineups. Sorare lets players amass cards—which are unique, non-fungible tokens (NFTs)—from across all licensed teams and leagues, earning points based on each player’s respective real-world performance in competition that week.

FC Bayern Munich is another high-profile addition for Sorare, which has thus far added teams such as their Champions League final opponent Paris Saint-Germain along with Juventus, Atletico de Madrid, and dozens more. Sorare also has agreements with Japan’s J.League as well as the United States’ Major League Soccer (MLS) Players Association.

But as the best club team in Europe—and likely the world—Bayern Munich is the biggest score yet for Sorare.

“Sorare is a unique gaming platform that blends two strong trends in sports licensing: fantasy football and digital collectibles,” Benjamin Steen, FC Bayern Munich’s Head of Customer Care, Digital Licencing & Stadium, told Decrypt. “With a young, growing, and international user base, it was obvious for a club like FC Bayern Munich to be present alongside this fantastic blockchain game.”

Alongside this latest team license acquisition, Sorare also shared updated figures that suggest continued growth for the Ethereum-based experience. According to the company, more than $1 million worth of cards were sold on the platform in October alone, with the total since December 2019’s beta launch now above $3.7 million. The Sorare platform now has 45,000 users around the world.

In late September, Sorare announced that it was beginning a larger United States push for the game, which already counted the US as its second-largest market. The company also plans to seek further US licenses following the June announcement of the MLSPA agreement. In July, the company announced an oversubscribed $4 million seed round that included participation from former German club player and World Cup champion André Schürrle.

Whether it’s in Europe, America, Asia, or beyond, Sorare CEO Nicolas Julia suggests that Sorare is an ideal way to introduce FC Bayern Munich’s more than 100 million supporters worldwide to Ethereum and the benefits of crypto-infused gaming.

“In the summer of 2018, my co-founder Adrien [Montfort] and I decided to leave our company to pursue our deeper internal drive: bring a crypto product into the hands of millions of people,” said Julia. “We were fascinated by the emergence of non-fungible tokens and were convinced they will drive the next wave of consumer adoption.”

Given the platform’s recent growth, they may just be right. 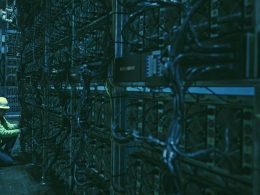 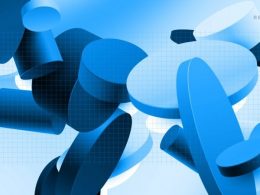 Quick Take This research piece contains simple to understand overviews of technical concepts, as well as explanations to…
przezMika Honkasalo

After the correction that took place at the start of the week, the market appeared to be stabilizing.…
przezNamrata Shukla