A Ukrainian national has been sentenced to nine years in prison in what the IRS is describing as the United States’ “first Bitcoin case [with] a tax component.”

A former Microsoft engineer has been sentenced to nine years for stealing more than $10 million in digital value from his past employer in the form of “currency stored value,” or CSV, including gift cards.

Volodymyr Kvashuk, a 26-year-old Ukrainian citizen residing in Washington, used the accounts and identities of his fellow employees to steal and then sell the CSV — making it appear as though his co-workers were responsible for the fraud.

Kvashuk also used a Bitcoin (BTC) mixing service to further obfuscate the paper trail, telling the Internal Revenue Service that the $2.8 million worth of crypto that passed through his accounts gifts had been sent from a relative. According to the United States Department of Justice:

“Over the seven months of KVASHUK’s illegal activity, approximately $2.8 million in Bitcoin were transferred to his bank and investment accounts. KVASHUK then filed fake tax return forms, claiming the Bitcoin had been a gift from a relative.”

Kvashuk worked at Microsoft from August 2016 until being fired in June 2018.

According to IRS special agent Ryan Korner, the sentencing is “the nation’s first Bitcoin case that has a tax component to it.” Korner asserted that the sentencing highlights the increasing sophistication of the agency’s criminal division in identifying unreported crypto asset transactions:

“Simply put, today’s sentencing proves you cannot steal money via the Internet and think that Bitcoin is going to hide your criminal behaviors.”

Brian Moran of the U.S. Attorney’s Office said: “Stealing from your employer is bad enough, but stealing and making it appear that your colleagues are to blame widens the damage beyond dollars and cents.”

Kvushuk has been found guilty of 18 federal felonies including six counts of money laundering and two counts of filing false tax returns. The Ukrainian used the stolen funds to purchase a $1.6 million lake-front home and $160,000 Tesla vehicle. 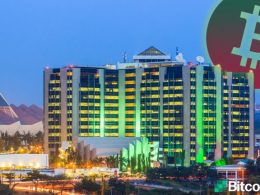 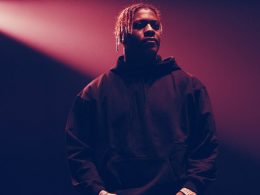 Last month, out of nowhere, the rapper Lil Yachty announced his formal entry into the world of cryptocurrency.…
przezWill Gottsegen 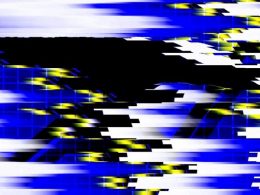 WGES 2020: What should gaming companies be wary of when getting into blockchain?

The World Gaming Executive Summit brings together industry leaders from around the globe, discussing the biggest issues facing…
przezEd Drake