JP Morgan: Bitcoin Could Rise 10x as it Competes With Gold for Institutional Investors

A JPMorgan report suggested that some investors, such as family offices, have been allocating more funds into Bitcoin rather than gold in recent months. The analysts from the giant multinational investment bank also noted that the comparison between the two assets could propel a massive price increase for BTC.

Bitcoin’s Impressive Developments As Of Late

In its latest paper exploring Bitcoin’s price and fundamentals, the JPMorgan analysts listed several reasons why the primary cryptocurrency has skyrocketed in value in the past month and simultaneously attracted serious attention to itself.

Those include large companies purchasing sizeable quantities of BTC, PayPal enabling its customers to buy and sell several digital assets, and the massive growth of Grayscale’s Bitcoin Trust.

As CryptoPotato reported, the leading digital asset manager, Grayscale Investments, has been registering consecutive best quarters. According to JPMorgan, the “ascend of Grayscale Bitcoin Trust suggests that Bitcoin demand is not only driven by the younger cohorts of retail investors, i.e., millennials, but also institutional investors such as family offices and asset managers.”

“These institutional investors appear to be the biggest investors in the Grayscale Bitcoin Trust, perhaps reflecting their preference to invest in Bitcoin in fund format.”

Institutional Investors Turn To BTC Instead Of Gold?

The analysts believe that this contrast supports the narrative that some investors who had previously allocated funds in gold ETFs, such as family offices, have founded Bitcoin as an alternative to the precious metal.

This could result in a substantial price surge for the primary cryptocurrency. If the asset continues to compete with gold as an “alternative currency,” its market capitalization “would have to rise ten times from here to match the total private sector investments in gold via ETFs or bars and coins.”

Interestingly, popular TV host Max Keiser recently predicted a similar scenario, in which BTC will follow and eventually surpass gold. However, his price forecast was significantly more optimistic, as he saw a 40x-80x surge for Bitcoin. 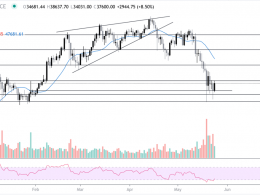 The cryptocurrency market shows a steady rise after the big sell-off last week after many indicators turned bearish,…
przezRohan Jethi 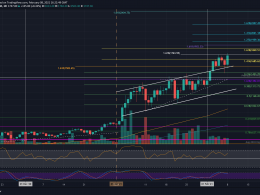 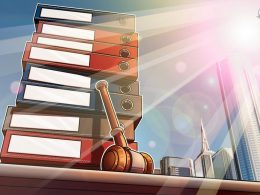