October 2020 has been an absolute action-packed month for Bitcoin investors. The rally continued ahead in the first week of November as the BTC price reached close to $16,000 levels hitting a new 2020 high. Citing recent data from JPMorgan, Grayscale managing director Michael Sonnenshein said that Bitcoin clearly overshadows the demand for Gold ETFs.

“What makes the October flow trajectory for the @Grayscale #Bitcoin Trust even more impressive is its contrast with the equivalent flow trajectory for #gold ETFs, which overall saw modest outflows since mid-October…” via @jpmorgan pic.twitter.com/NQGZTIpZJu

Digital asset manager Grayscale registered major institutional money inflow for its Bitcoin Trust fund. After attracting over $700 million with its Bitcoin Trust Fund during Q3 2020, Grayscale attracted even more in the month of October. It has also clocked a record high of $7.3 billion of assets under management (AUM) with the Bitcoin Trust alone holding over $6 billion.

“This contrast lends support to the idea that some investors that previously invested in Gold ETFs such as family offices, may be looking at Bitcoin as an alternative to gold.”

Bitcoin Consolidates Its Position Against Gold

The Bitcoin price rally over the last few months has helped it consolidate its positions against the yellow metal. Meaning more ounce of Gold is now available for 1BTC than earlier. This clearly goes to show that with the global economic uncertainty institutional players are preferring BTC over gold. As per popular market analyst Plan B, crypto king Bitcoin further extended its dominance over Gold during October.

#bitcoin priced in gold. 1BTC = 8 ounces of gold, up 1 ounce in 1 month .. and counting? pic.twitter.com/dQDO3bWNgP

With the recent moves in the Bitcoin price, investors have gone ultra-bullish for its long-term prospects. Over the last week, there has been a massive liquidation of BTC shorts registered across multiple exchanges. Interestingly, while analysts are predicting Bitcoin to cross its all-time high of $20,000 by the next year, PlanB’s stock-to-flow model shows a massive outbreak.

In his latest tweet, PlanB says that as per its S2F model, Bitcoin (BTC) price could be anywhere between $100K-288K before Dec2021. PlanB says that as per new data, the BTC supply shortage is real and will only increase as more institutional players chip in. While PlanB’s prediction might look exaggerated looking at the time frame, another technical chart goes to show that Bitcoin can easily trade between $25,000-$50,000 in the next few months. 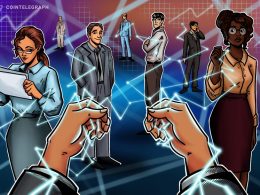 DeFi is “flourished by human greed,” according to a developer for the exploited project There may be good…
przezAndrew Thurman 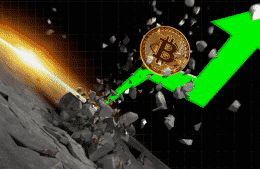 Bitcoin prepares for the ultimate upswing to $20,000; here is what to watch out for 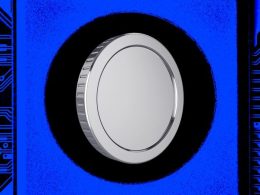 Andreessen Horowitz (a16z) has led a $111 million token sale for Helium, the startup aiming to build a…
przezMichael McSweeney