With just over 50,000 ETH staked in six days since the launch of the official deposit contract, the uptake has been relatively slow, limited to the hardcore Ethereum aficionados, including Vitalik himself who dropped 3200 ETH, and a handful of whales.

The amount staked so far represents 9.6% of the total, so there is still a long way to go to reach the threshold of 524,288 which needs to be deposited a week before Beacon Chain genesis can occur.

There is the premise now that the December 1 launch date for ETH 2.0 mainnet was a bit optimistic as it cannot occur until a full 16,384 validators have staked. Earnings on Ethereum can be made in DeFi during that time so only the whales have the ability to throw in early so to speak.

Only about 10% of the required ETH has been deposited so far, so while it may seem that the ETH 2 Beacon Chain (Phase 0) may not launch on December 1st, there’s still this possibility: pic.twitter.com/fmLRE715EG

The hardware and technical requirements to run a node are likely to be putting off the majority of ETH holders who will just wait until Beacon Chain is running and staking becomes much easier.

Those that do stake first will reap the biggest rewards since returns diminish over time as the amount staked increases.

Once the new blockchain goes live with a minimum of 524k ETH, he estimates that earnings could be as high as 36% APY, though the ETH 2.0 Launchpad reports the yield at 21.6% which is still way more than any DeFi protocol at the moment.

With a million ETH staked, yield drops to around 16%, falling to 4.9% when 10 million ETH has been staked. These returns are still way better than some DeFi offerings such as Yearn Finance’s yETH vault which is offering a paltry 1.3% with a 0.3% withdrawal fee.

The Masses are Waiting

Most people do not want to deal with running machines at home and a looking for passive income so staking is not likely to take off until 2021. Major exchanges such as Coinbase and Binance are likely to jump onto the staking train with staking as a service, which will obviously profit the exchange also.

For many, this will be a safer and easier way of staking for passive returns so maybe the popular choice for the masses of Ethereum holders waiting to put their tokens to good use. Naturally, this will all be positive for prices so expect big things for Ethereum next year.

Here’s your reminder to renew your Bitcoin Association membership

Becoming a member of Bitcoin Association is easy, and comes with a great deal of value—for both voting…
przezEd Drake 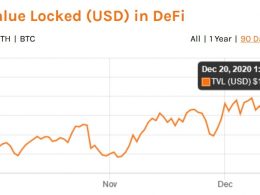 DeFi platform 1inch has introduced a new governance and utility token 1INCH. In doing so, the 1inch token…
przezCollin Brown

VeChain targets dApp mass adoption with the release of Sync 2

VeChain has released Sync 2, a new digital wallet app that will provide the missing infrastructure to enable…
przezSteven Msoh 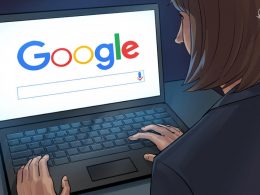 Users of the popular exchange can now access their cryptocurrency DApps directly through the Google Chrome browser. Digital…
przezSam Bourgi