The privacy-centric cryptocurrency network Grin (GRIN) has been the victim of a 51% attack according to a number of reports. Allegedly an unknown entity gained control of over 57% of the network hashrate on Saturday. According to the Grin website, the team is recommending people wait for “extra confirmations on transactions for payment finality.”

On November 7, 2020, a mining pool dedicated to the Grin (GRIN) network informed the cryptocurrency community that the blockchain was under attack. “Grin network is under [a] 51% attack,” the mining pool called “2miners” tweeted. “Payouts are stopped. Please mine at your own risk only because the new blocks could be rejected,” the pool operator added.

According to the official website at grin.mw, the development team has a warning at the bottom of the site that is still up on Monday, November 9.

“Important notice,” the web portal’s warning reads. “The Grin network hashrate has increased considerably over a short period of time. Notably, this coincides with the Nicehash rate doubling in this time with well over 50% of the network hashrate currently outside of known pools. Considering these circumstances it is wise to wait for extra confirmations on transactions for payment finality.”

Grin Network Is Under the 51% Attack!

At the time of publication, an unknown miner controls 58.1% of the Grin network’s hashrate. Statistics also show that at approximately 6:17 p.m. (EST) the unknown entity reorganized a single block at height 0000ada4. The mining pool 2miners who tweeted about the incident have around 24.5% of the global Grin hashrate today.

This is followed by Sparkpool, F2pool, Grinmint, and other small miners pointing hash at the network. If a mining entity controls more than 51% of a cryptocurrency network, the attacker can potentially reorganize blocks and invalidate transactions.

Ethereum Classic (ETC) has been notorious for getting 51% attacked on various occasions, alongside this the blockchain Bitcoin Gold (BTG) has also been 51% a few times. Much of the blame on all of these attacks have been cast at the Nicehash firm, a cloud mining operation that allows users to rent hashrate.

Currently, the price of grin is trading for $0.233 per coin, and there’s $3.4 million in global trade volume. The price of grin (GRIN) has lost 2.9% during the last 24 hours of trading. Most of the slide is due to the entire market downturn, as the 51% attack threat hasn’t really affected the price much at all this past weekend.

What do you think about the Grin network getting 51% attacked and the unknown miner that controls 58% of the network today? Let us know what you think in the comments section below. 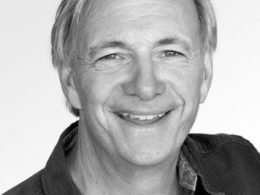 Ray Dalio, the billionaire founder of hedge fund Bridgewater, identified himself as a holder of bitcoin in a…
przezKollen Post 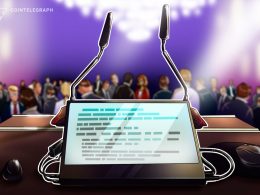 The regulator believes new cryptocurrency investors should have a certain level of trading experience and financial reserves.
przezSebastian Sinclair