Ethereum’s Price Rises 18% in One Week

Ethereum’s price has increased by just under 18% in the last week, according to CoinMarketCap.

At the time of writing, the price of Ethereum is $446. This represents a steady 16% increase from Ethereum’s price of $371 exactly one month ago. This price increase is—at least in part—down to excitement and anticipation for the release of Ethereum 2.0.

“With the ETH 2 deposit contract being released, excitement is brewing in the Ethereum community. This is reflected in the recent price increase,” Charles Storry, co-founder of PhutureDAO, told Decrypt.

The Ethereum 2.0 deposit contract is a useful way of tracking the network upgrade’s path to launch, which makes it of particular interest. “With 50,589 ETH being staked thus far, we are 473,599 ETH away from the launch threshold,” Storry added.

While Ethereum 2.0 promises to be a major milestone in the history of the cryptocurrency, Ethereum’s recent positive price run might just be part of a wider trend in the industry. At the time of writing, Bitcoin, Cardano, and Chainlink are all exhibiting similar price increases.

How Many Bitcoin Billionaires Are There?

Finally, Cardano has had a near identical price increase to Ethereum during the last seven days. Moving from $0.091 to $0.107, this coin has seen its value rise by 17.05%.

But this only shows Ethereum’s latest news is not causing it to shoot above and beyond the market. Presumably Ethereum 2.0—which has been on the cards for a couple of years—was more than a little priced in.

Most blockchain-based startups have seen funding from venture backers, despite the current cryptocurrency market downturn, recording over $4…
przezAnthonia Isichei 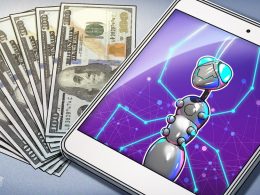 Goldman Sachs has backed a Series A $28 million funding round for Blockdaemon, and invested $5 million in…
przezBrian Quarmby 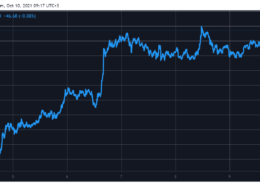 Following yesterday’s price slide below $54,000, bitcoin has started increasing in value once more and has neared $56,000.…
przezJordan Lyanchev 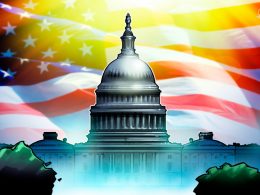 The bill would give legal recognition to transfers and registrations made through blockchain smart contracts. On March 29,…
przezGreg Thomson