Ethereum rallies in tandem with Bitcoin hitting $440, the US election count on the last stroke

The largest altcoin rallied past $400 on Thursday, suggesting that its correlation with Bitcoin is still relatively high. At the time, Bitcoin settled above $14,000 but Ether hit a barrier at $410. A retreat occurred with ETH/USD forced to seek refuge at $400 before resuming the uptrend.

Meanwhile, Bitcoin rallied extensively almost touching $16,000 while Ethereum made a quick close in on $450. The United States election results are yet to reach the final tally but the counting is approaching the ultimate end. The entire world is anxious to know who wins the election. However, analysts believe that it would be beneficial for the crypto market if either Joe Biden or Donald Trump win.

At the time of writing, the smart contract token is changing at $438 amid the rally eyeing $450. Ethereum whales are reported to be stocking the token in preparing for the much-anticipated launch of Ethereum 2.0. In other words, Ether is likely to resume the uptrend, perhaps rising significantly towards $400 whether Bitcoin stalls or continues with the ongoing spike to $20,000.

The Relative Strength Index (RSI) is almost hitting the overbought, which suggests that Ethereum has some room for growth before a reversal comes into the picture. For now, all eyes are fixated on breaking the immediate hurdle at $440 and allowing ETH to rally to $450.

The IOMAP model by IntoTheBlock reveals the absence of strong resistance heading to $500. In other words, Ethereum bulls could easily settle the second-largest cryptocurrency above $500 in anticipation of the Ethereum 2.0-triggered rally to $1,000.

On the flip side, the most robust support runs from $384 to $397 2 million addresses had previously bought 15.9 million Ethereum. It means that Ethereum has significant room for reversal before hitting formidable support. Therefore, higher support is required to ensure the rally continues to $500.

The post Ethereum rallies in tandem with Bitcoin hitting $440, the US election count on the last stroke appeared first on Coingape. 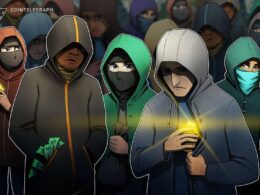 Some members of the NFT project are attempting to continue the development of the game, while efforts are…
przezOsato Avan-Nomayo 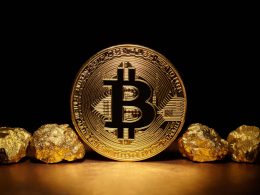 Grayscale Bitcoin Trust Fund ($GBTC), the largest Bitcoin pegged fund for institutional investors is on its way to…
przezPrashant Jha 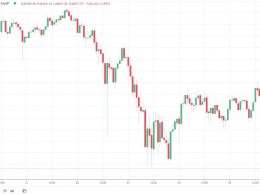 Bitcoin Crashing Below $45K As $160B Evaporated from the Market Cap

Bitcoin has failed to maintain its price above $50,000 and has lost another substantial chunk of value after…
przezJordan Lyanchev