Ethereum price poised for a massive breakout beyond $500

Ethereum bulls have in the last couple of days been working around the clock to ensure that formidable higher support is formed. The focus on the support comes after ETH/USD was rejected at $470 and forced to seek refuge at $420.  At the moment, Ether is dancing at $447 following a minor dip under $450.

The prevailing trend is sideways leaning as emphasized by the Relative Strength Index (RSI). However, if buyers are not careful, Ethereum could resume the downtrend due to bearish divergence between the price and the RSI.

A bearish divergence occurs when the asset is forming a series of higher lows, while the RSI forms a series of lower highs. The divergence indicates that the bullish momentum is losing traction and selling pressure could dominate.

In this case, price action above the upper trendline could elevate ETH towards $500. The smart contract token may rally massively in such a move as the fear of missing out creeps on the investors.

On the other hand, trading under the pattern could pull Ether significantly downwards. Support would be anticipated at the 50 Simple Moving Average (SMA), the 100 SMA, slightly above $400, and the 200 SMA, marginally above $390.

The post Ethereum price poised for a massive breakout beyond $500 appeared first on Coingape. 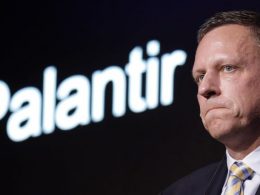 Palantir to Accept Bitcoin for Services, Considers Keeping BTC on Its Balance Sheet 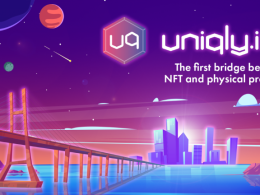 Uniqly Enters the NFT Market With a Remarkable Performance

It’s been a while since the crypto market has seen such a promising project, something that has a…
przezBitcoin.com PR

Bitcoin pump or silver squeeze, which is it?

Bitcoin broke past the resistance at $35000 and is currently trading close to $38000. This break came with…
przezEkta Mourya