As Crypto News Flash already reported, the deposit contract for the launch of Ethereum 2.0 was officially launched on November 04. The next goal now is to have a total of 524,288 ETH or almost $200 million by December 1st through 16,384 deposits (32 ETH each) to activate the Beacon Chain.

According to the Launchpad, 50,497 ETH have already been paid in, so the community is optimistic to be able to keep the launch date. For private people and small investors however the 32 ETH represent a large hurdle, in order to be able to participate in the sStaking. For this reason, a developer from the yEarn Finance Community has made a proposal to set up an ETH 2.0 Validator Vault.

This construct is similar to a mining pool, which is operated in a PoW network and where the hash rates are combined, only for staking. This is intended to allow small investors to deposit a smaller amount than 32 ETH and still participate in staking. Each participant would receive so-called LP tokens (Liquidity Provider Token) for his or her deposit.

If a participant pays in 1.5 ETH, he would in return receive 1.5 yBETH, the Ethereum pool token from yEarn. This could create additional incentives and a secondary market for Ethereum 2.0. The proposal goes on to say that this could provide more liquidity. In addition, it will also allow lending on other DeFi platforms or trading on other exchanges.

The proposal is currently under discussion and a final result is expected in three days after the fellowship has voted on it. A total of 20% of YFI owners must agree to the code in order for it to be accepted. The community is pleased with this proposal, but there are also critical voices. Community member“aliatiia” explains that the proposal cannot be implemented securely, because someone would have to have control over the private keys of all participants:

This is not possible to do in a trustless way. Whichever software process running as a validator on behalf of the vault must be in control of the private keys signing the attestations. Technically we could have the multisig control them.

Another member also expresses concerns and would not give the control over his private keys to third parties. Nevertheless, he finds the basic idea interesting and is waiting for further discussion in the forum.

Industry experts see the launch of Eth 2.0 as a catalyst for the ETH Prize. Trader Josh Rager even stated that Ethereum could rise to $800 by the end of the year. Furthermore, the fundamental data of ETH are currently very positive. The hash rate yesterday reached a new all-time high of 259 T/Hashes per second.

Furthermore, the number of active addresses per day interacting with the network is on its way to reach a new all-time high. Therefore the data analysis company Santiment forecasts that a further price increase could follow in the next days and weeks. 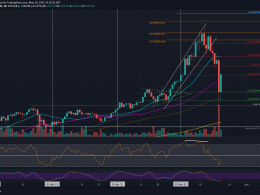 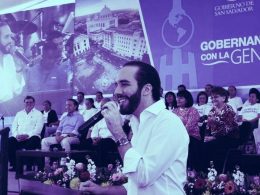 IMF Has a Problem With El Salvador’s Bitcoin Ambitions

Cardano was trading within a range from $0.32 to $0.38 and showed signs of being in a consolidation…
przezAkashnath Sumukar 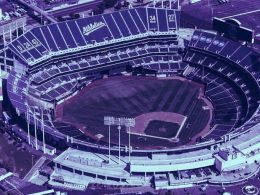