While the price of Bitcoin – and crypto more broadly – has been steadily growing over the last few months, trading volume is down nearly 20%, according to a new report.

In research released by Crypto Compare, the amount of cryptocurrency changing hands has slowed by a fifth – with some exchanges seeing even larger drops.

Most indicators seem to point to people buying and holding their assets, on the assumption their value goes up over time. One reason why there are now more than 1 million Bitcoin wallets holding at least $10,000 in BTC.

Others are choosing to lock up their crypto in interest-earning products like AAX Savings, that provide investors with instant interest and no lock-up restrictions.

The rest appear to have been in the mad yield farming dash that led to a boom in the likes of decentralized exchanges like Uniswap that powered this summer’s DeFi frenzy.

The news did little to dampen the spirits across the broader crypto market. Global market cap had back to back daily gains, nudging up by 0.38% over the previous day. The biggest winners in the top 20 were XRP, adding 3.58% to its market cap and Chainlink, which added 5.56% taking its weekly gains to 27%.

Bitcoin didn’t move at all in the last day as sentiment among Bitcoin futures contracts softened slightly. Which is more than can be said of the price of gold. The precious metal dived sharply on the news that pharmaceutical giant Pfizer reported its vaccine was 90% effective at tackling COVID.

With the news, markets surged as traders moved quickly to take their assets out of gold, traditionally a safe haven for traders, and back into depressed stocks hoping to ride the wave of good news.

The vaccine news unsurprisingly had a positive impact on Wall Street. The S&P and Dow rocketed when the news broke in early trading. The Dow went up by 1,610 points or 5.7% in the immediate aftermath, before pulling back later in the day.

The big winners were the travel and hospitality industries who bore the brunt of the job losses during lockdown. Stocks in airlines saw a surge while tech stocks, the primary beneficiaries of life in lockdown dipped as investors emerged from their bunkers.

But many market watchers are calling for calm as the vaccine is still months away from being approved. Companies are continuing to announce job losses – especially in retail – and any cash reserves companies may have had to weather tough times are running dangerously low.

Many are pinning their hopes on a stimulus package to span the gap between yesterday’s vaccine news and tomorrow’s re-opening of the economy. 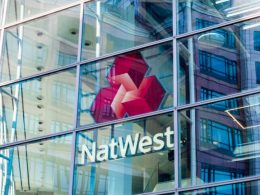 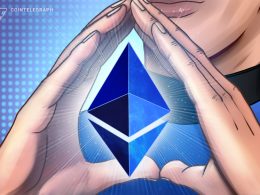 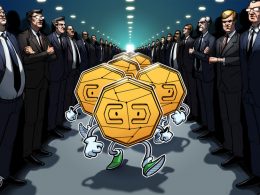 The draft resolution reportedly notes that digital currencies are likely to replace paper currencies in the future. The…
przezMarie Huillet

AMBCryptoEthereum: When is this the right time to enter the market?

Ethereum, the market’s largest alt, has been quite averse to any dramatic price action over the past few…
przezLavina Daryanani