Crypto Patents: IOTA ranked #6, Bitcoin and Ethereum at the top

Bitcoin and Ethereum on the top places

Among other things, IOTA Archive has investigated the absolute amount of patent references. The analyst concluded that Bitcoin was mentioned 8,806 times in the number of patent families, followed by Ethereum (4,530x), Litecoin (785x), Ripple (725x), EOS (325x) and IOTA (245x).

Adoption incoming? Businesses have a different view on what’s valuable to them than cryptocurrency investors

Furthermore, IOTA Archive has also investigated the relationship between the number of patent references and the number of days since the start of the respective cryptocurrency. The result comes to the conclusion that Bitcoin is the undisputed leader, followed by Ethereum, Polkadot, Litecoin, Ripple, EOS and IOTA.

If the ranking on the right side is significantly larger than on the left side (see following Tweet), this is an indication that companies are increasingly interested in the technology of the respective cryptocurrency. This is the case for Ethereum, Polkadot, IOTA and the Bitcoin Lightning Network, among others.

Does “age” have an influence on how often cryptocurrencies are mentioned in patents?

If the position on the right is higher than on the left, age apparently isn’t the reason but increased corporate interest

A lower rank on the right suggests the opposite: less business interest pic.twitter.com/URwtS92k3X

With regard to the patents on Bitcoin, the analyst further notes that they are “increasingly less specific in relation to the role of Bitcoin”. While Bitcoin was previously almost always mentioned in all DLT-related patents, the number of DLT-related patents that do not mention Bitcoin is growing rapidly, the analysis says. According to IOTA archives, Litecoin-related patents are also declining sharply:

The amount of LTC mentions in patents is highly regressive. Incorporated entities that mention LTC in patents usually only refer to it once, suggesting that LTC isn’t an integral part of the invention but rather a reference to e.g. “other cryptocurrencies”.

Although the absolute number of XRP-based patents is relatively high, there is “no trend” specifically related to XRP:

However, the figures and findings for IOTA and Ethereum are much more positive. According to the analyst, IOTA-related patents are “quite specific, especially when compared to other cryptocurrencies”. Moreover, “In addition, the specificity of patents with regard to IOTA as indicated by mention-count clearly increases over time”.

With regard to Ethereum, the analysis finds that newer patents show a clear upward trend in the absolute number of citations. Patents filed by incorporated entities are clearly becoming more specific towards Ethereum over time, suggesting an increase in importance of ETH’s role in the patented inventions”. 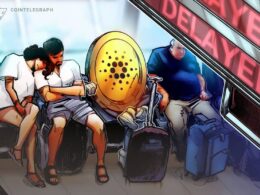 200 smart contracts launch on Cardano … but there’s a catch

A raft of smart contracts have launched on Cardano, but they are in a timelock and cannot be…
przezBrian Newar 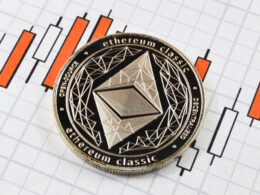 The world’s second-leading crypto asset in terms of market valuation, ethereum, has seen significant gains during the last…
przezJamie Redman 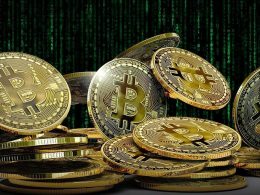 The world’s second-largest cryptocurrency Ethereum (ETH) is roaring past new highs every single day. After hitting the $3000…
przezBhushan Akolkar

AMBCryptoWhat the next few days have in store for ATOM, CRV

Less-popular altcoins have had a pretty decent run over the past few days, when compared to the market’s…
przezLavina Daryanani