Crypto Market Watch: The Bitcoin’s Calm After The Storm

Bitcoin went on a wild ride yesterday when news of a COVID-19 vaccine broke out, but has calmed since then and currently trades at around $15,300. The leading alternative coins have also cooled down as Ethereum sits around $450 and Ripple at $0.25.

The primary cryptocurrency demonstrated high fluctuations in the past week. It topped at a new yearly high of about $16,000 on Friday but then nosedived a few days later to below $14,300.

The volatility remained high over the past 24 hours when reports emerged that the American multinational pharmaceutical corporation Pfizer had developed a COVID-19 vaccine that worked successfully in over 90% of the trial cases.

As a result, BTC lost momentum together with the tech stocks, such as ZOOM, PayPal, and DocuSign. As of now, Bitcoin bottomed at $14,800 (on Bistamp) and had since recovered.

The alternative coins were not exempt from the high volatility as of late. However, they have also calmed on a 24-hour scale, similarly to Bitcoin.

Ethereum traded at $370 precisely a week ago on November 3rd. Since then, the second-largest digital asset gained up to $100 at one point. It retraced slightly in the past few days and currently sits at about $450.

Despite the relatively calm large-cap altcoins, some lower and mid-cap ones have seen impressive gains. Civic (67%) leads the way. Moreover, CVC has surged by nearly 500% in the past week, which has found it a place within the top 100.

Who would have thought that a meme coin would become the center of social media attention? Over the…
przezAlisha Roy 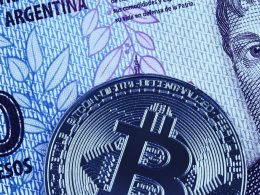 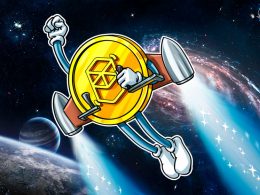 Fantom brushes off network outage with another 50% price surge

With over 3,000% growth since the turn of the year, even a recent network outage couldn’t stop Fantom’s…
przezGreg Thomson 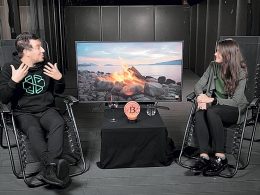 Polkadot vs. Kusama, why the two “cousin” blockchains are here to stay

Polkadot emerged as one of the biggest “Ethereum killers” this year, with its high throughput, low-fee network, and…
przezShaurya Malwa