A Dutch drug dealer of Columbian descent is reportedly arrested in Spain. In an international operation, the trafficker was caught in his villa in Marbella, Malaga, while police found multiple luxurious items, cars, and cash. He was allegedly suspected of laundering about 6 million euros in cryptocurrency.

As per an official announcement of the Spanish police, the Dutch national was well known to the law enforcement for quite a time. His identity remains anonymous, but the publication states that he’s been under the police’s scope for a while. The man was reportedly partnering with one of Interpol’s most wanted criminal individuals.

According to the report, the detainee was part of the Columbian Cali cartel and represented the famous drug syndicate in Europe, in the Netherlands, and the United Kingdom.

The investigation had started sometime in 2018 when Spanish police came to know of the existence of an organized criminal group based in the province of Malaga. Reportedly, the gang was deeply connected to “historical figures” from the Columbian drug cartel. The investigation linked the leader and arrested man commanding the whole criminal network for many years and representing the Cali Cartel in Europe.

As per the report, the man has recently fled the Netherlands and came to Spain to hide from the police.

The actions of the Dutch authorities showed that the suspect had changed his activity from being a direct intermediary in drug trafficking to carrying out money laundering activities related to cocaine trafficking.

According to the police, the detainee has allegedly created a company dedicated to trading cryptocurrencies. The authorities have estimated that the individual might have moved more than 6 million euros without having declared them to the Dutch tax authorities.

During the Spanish-Dutch joint operation in the villa in Marbella, the authorities seized €85,000 in cash, three cars, luxurious watches, credit cards connected to cryptocurrency accounts, computers, and cell phones. In the Netherlands, the police seized 170 thousand dollars’ worth of cryptocurrency.

In another recent investigation, a Rotterdam court sentenced two individuals for money laundering, while authorities have reportedly seized BTC worth around 29 million euros on the case.

Bitcoin, at the time of writing, was trading around the $55,000-level. However, while the cryptocurrency’s recovery on the…
przezEkta Mourya 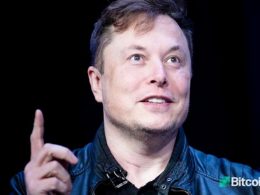 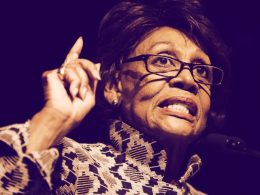