Bitcoin Price Eyes Another Breakout To $20,000 After Bouncing Off Crucial Support

Bitcoin is dancing at $15,545 amid a recovery mission from the key support highlighted by the 50 Simple Moving Average (SMA). Stability and calm have also returned to the market in the wake of the United States presidential election.

The flagship cryptocurrency is mainly in the bulls’ hands amid the push to nurture the uptrend to new yearly highs. Last week BTC/USD rallied to levels close to $16,000, where a new yearly high was achieved at $15,980. A correction came into the picture but Bitcoin found a balance above $14,500, averting potential declines to levels below $15,000.

According to the Relative Strength Index (RSI), Bitcoin has a clear path to $16,000. If buy orders increase in the coming sessions, Bitcoin overshoot $16,000 to kick start a massive rally to $20,000. It is worth noting that the fear of missing out (FOMO) is usually one of the main factors behind extended bullish markets.

The post Bitcoin Price Eyes Another Breakout To $20,000 After Bouncing Off Crucial Support appeared first on Coingape. 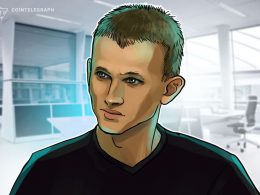 Ethereum co-founder cites people problems as one of the obstacles to progress. Ethereum’s visionary co-founder Vitalik Buterin has…
przezMartin Young

Following the release of a list of the best crypto marketing firms in 2020, we have decided to…
przezCasper Brown 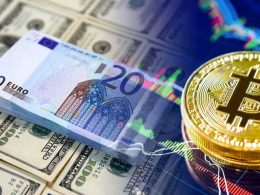 Bitcoin mining farms and renewable energy facilities can greatly help each other to create an “abundant, clean energy…
przezLiam Frost