Data from the on-chain analytics resource Glassnode indicates that Bitcoin miners have sent sizeable BTC portions to exchanges in the past 24 hours. With the asset price hovering above $15,500, the question remains if they are to cash out profits and possibly drive Bitcoin south.

Bitcoin miners are arguably the most vital part of the entire BTC ecosystem. By solving complex computational problems, they process Bitcoin transactions and increase network security. Miners receive newly-created bitcoins and transaction fees as rewards for their efforts.

Whether to keep (or HODL) the freshly-minted bitcoins or to sell them is entirely their decision. However, once they do sell in large portions, BTC’s price is inclined to suffer.

A similar scenario transpired in June, as CryptoPotato reported. The primary cryptocurrency dropped by 4% a few hours after miners transferred a considerable amount to the cryptocurrency exchange – Bitfinex.

According to data from Glassnode, BTC miners have enhanced their exchange flow as the 2-day moving average (2d MA) has surged in the past 24 hours by over 270%. The last time miners sent similar portions, namely mid-October, Bitcoin lost about $400 in hours.

Consequently, it would be compelling to follow how or if this will impact in any way BTC’s price. The asset spiked to nearly $15,900 a few hours ago but has since declined to $15,600.

It’s also worth having in mind that the US stock markets will open for trading for the first time since Joe Biden officially won the Presidential elections. This could also drive high volatility among all financial markets.

The miners’ efforts are exemplified with the Bitcoin hash rate. Simply put – the more miners put their devices to work, the higher the hash rate goes, resulting in the more secure state of the network.

Seasonal migration in China led to a sharp drop in this crucial metric a few weeks ago. This led to the largest Bitcoin mining difficulty adjustment since October 2011.

As the network readjusted itself to keep miners incentivized, the hash rate began to recover. After dipping to 106 million terahashes per second (TH/s) on November 3rd, the metric has increased by 13% to about 120 million TH/s. 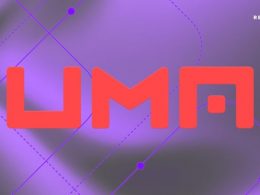 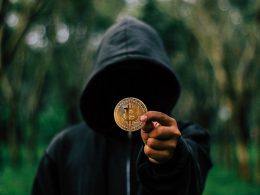 Stanley Druckenmiller, the billionaire hedge fund manager and former chairman and president of Duquesne Capital in a recent…
przezPrashant Jha 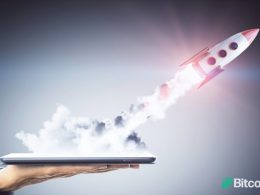